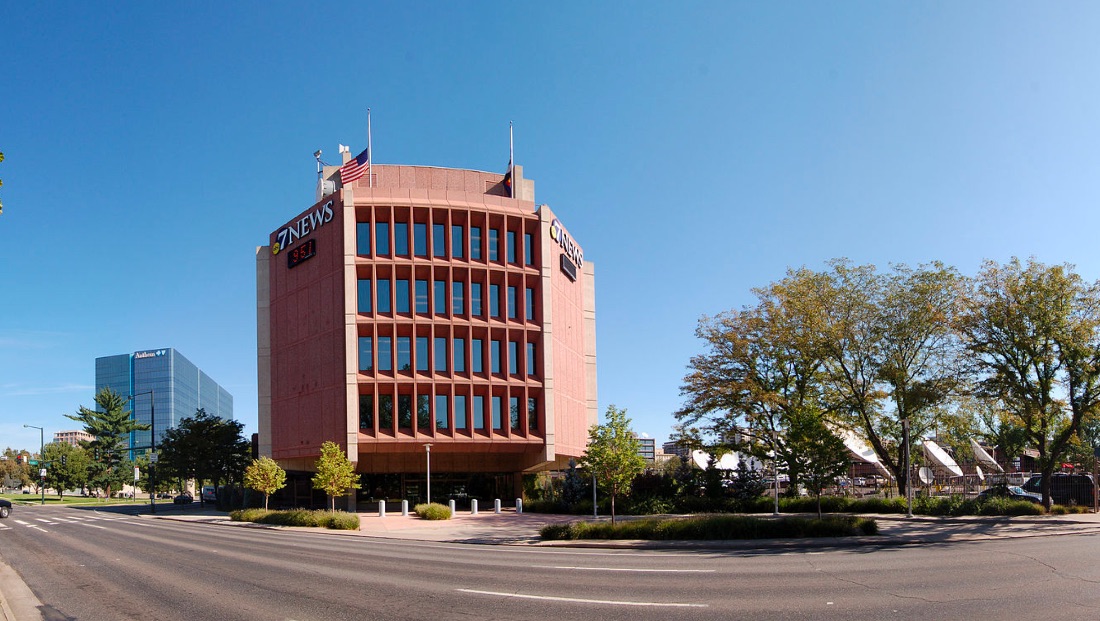 Scripps has sold the building of KMGH, branded on-air as Denver7, for $35 million with the site primed for redevelopment.

The building at the corner of Speer Boulevard and Lincoln Street was completed in 1969 and features a unique Brutalist design with an octagonal floor plan.

Locals have been trying to preserve the structure through a landmark designation with Landmark Preservation Commission voting 6-1 in favor. They noted, “the building embodies the history of KLZ and serves as a physical representation of television industry’s explosive growth during the 1960s, and its continued dominance in the following decades, as the preeminent source of news and entertainment for Denver-area residents.”

However, the Denver City Council denied those efforts in May 2021, clearing the way for the sale.

The neighborhood, along Cherry Creek, has seen multiple redevelopments demoing other buildings in favor of apartments.

The building, branded on-air as “The Communications Center” was built for KMGH — then known as KLZ – which moved to the site from a former used-car dealership.

The E.W. Scripps Company first began exploring a sale in 2019 as the building was no longer a good fit for the station’s employees and as an opportunity to reduce operating costs, the station notes.

A new location has not been announced for KMGH but a leaseback is expected until a new spot is found and updated for the requirements of a broadcast facility.