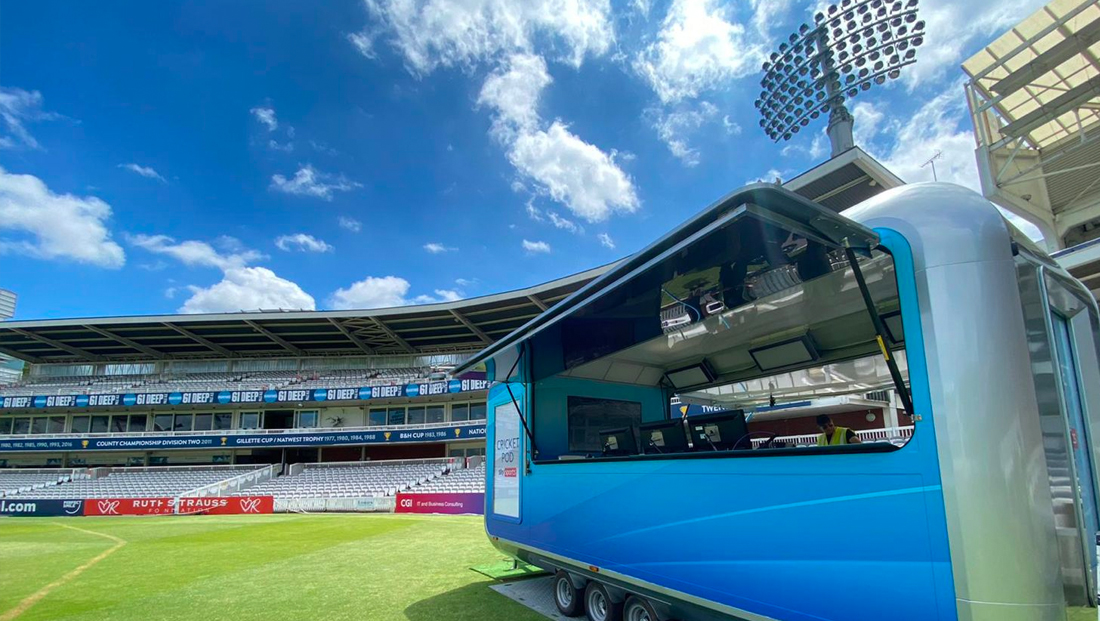 Sky Sports launched the “Cricket Pod,” a mobile pitchside studio that brings its broadcasters close to the action and excitement of matches.

The unit, designed by Sky Vehicle Technology and Levscol, is designed to travel on traditional roadways and doubles as both an on camera position and “box” for commentators to call the game. 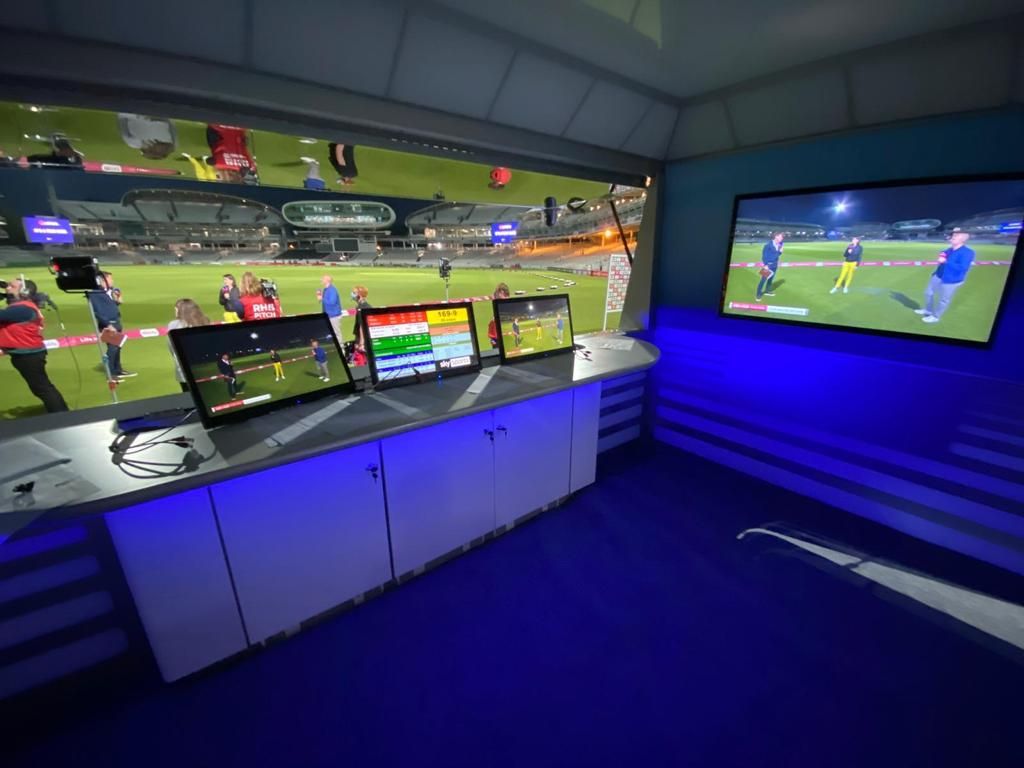 The smaller one, which is positioned so it faces the field, gives viewers and commentators a real view of the field beyond.

The opposite side features a larger opening that allows Sky to position its cameras and other broadcast gear far enough back to get ideal views of the presenters and background.

Both side panels, when opened and propped up, form a sort of “awning” that helps protect the gear, crew and talent from inclement weather and sun.

The inside of the pod comes fully equipped with a built in, mini set that includes a counter-style workspace with integrated monitors. This allows presenters to face the field and access realtime feeds and playback when they are in audio only mode covering the game.

Commentators can quickly reposition themselves to appear on camera with the view of the field beyond. 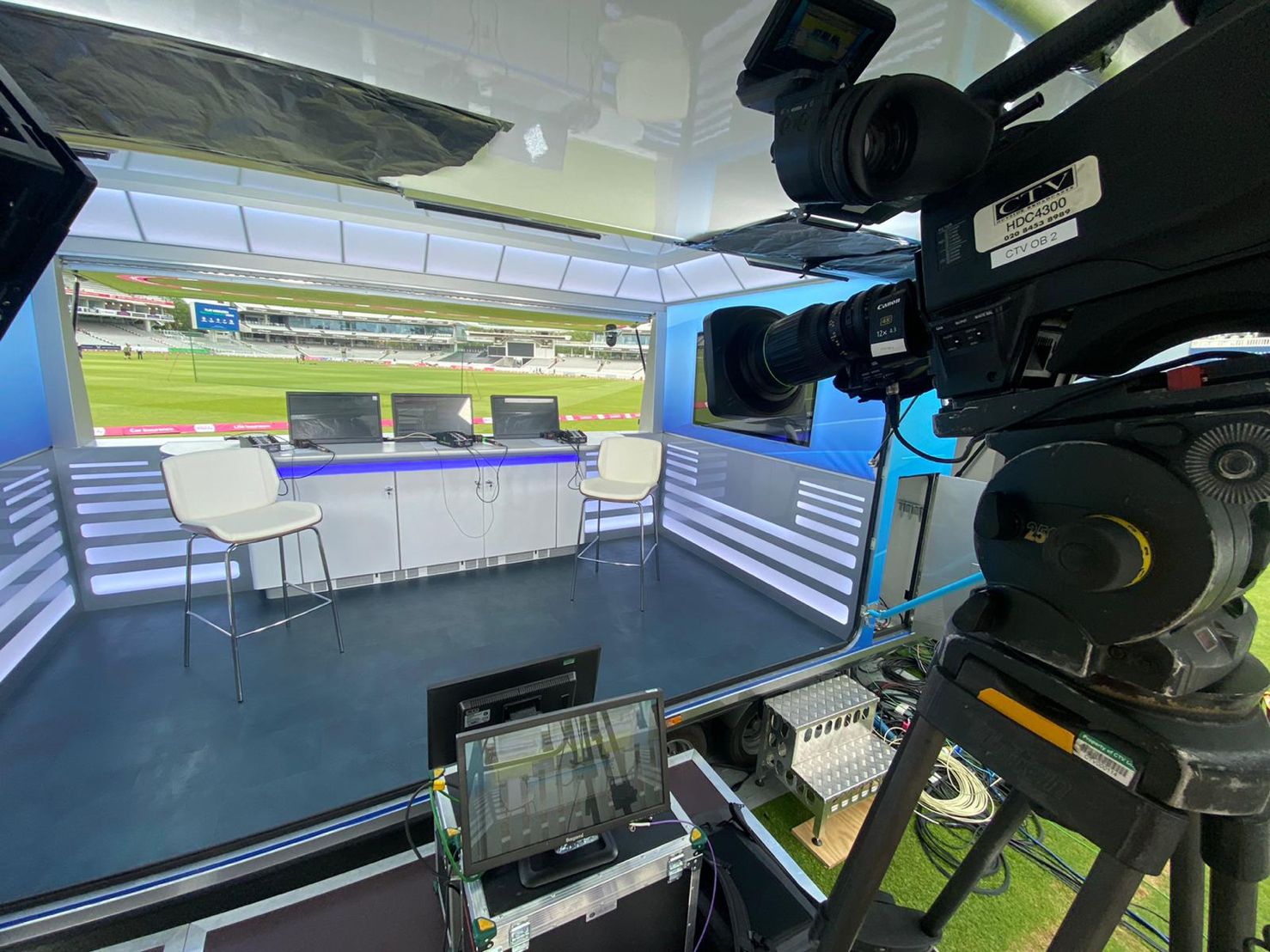 There’s also color changing backlit surfaces with metal toned framework and the upper part of the space has three sides of built in angled lighting panels that are both functional and help lend to the sleek, modern look of the interior. 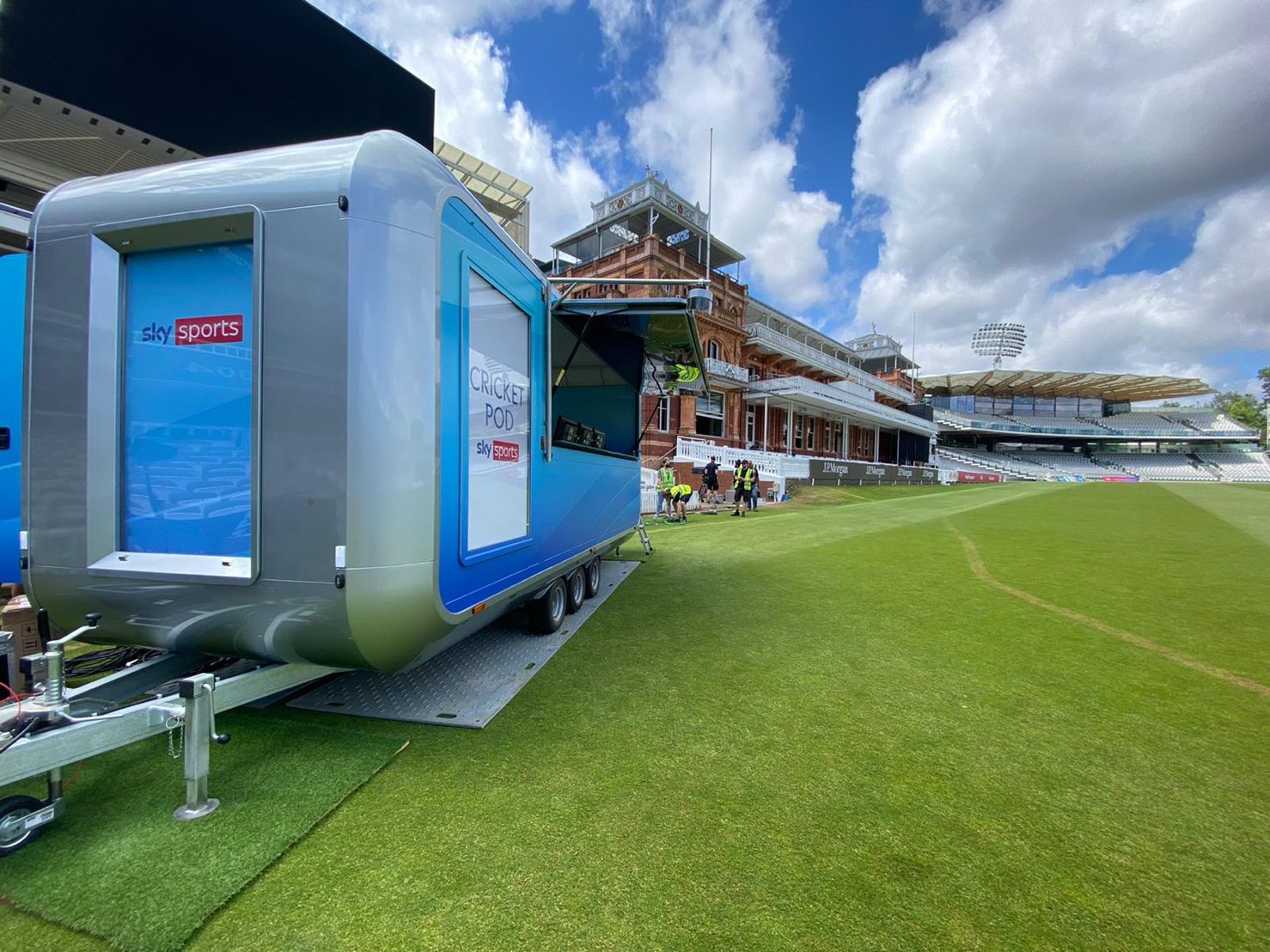 The exterior of the pod reflects the space age look of the interior, with rounded edges and glossy finishes. There are multiple panels that allow for branding opportunities, including a “Cricket Pod” banner with the Sky Sports logo.