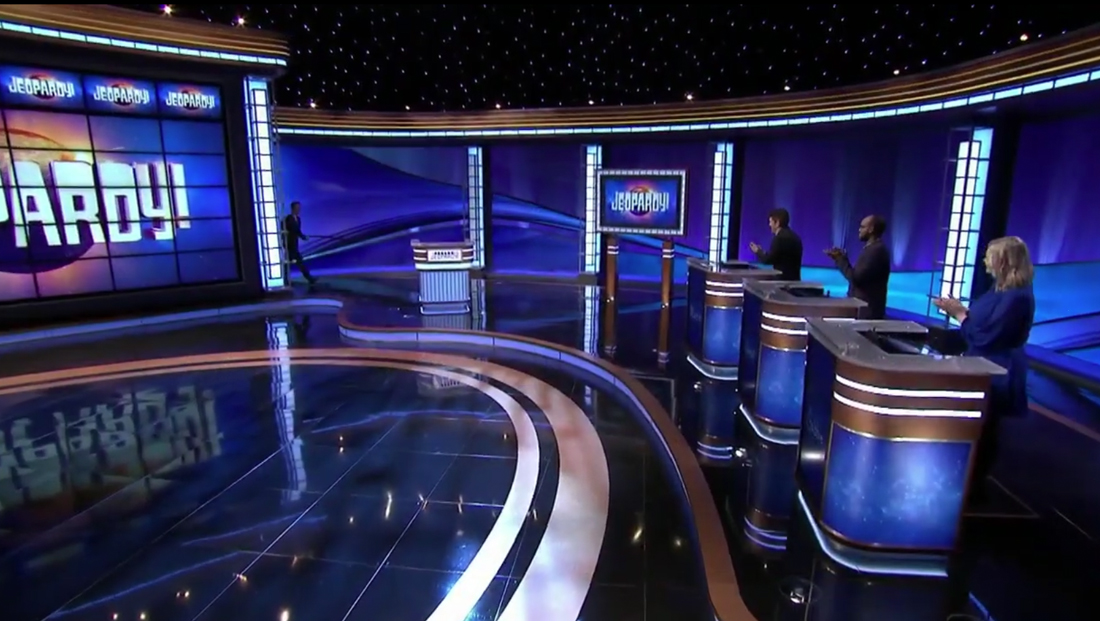 Syndicated game show “Jeopardy!” returned for Season 38 Sept. 13, 2021 as planned with a series of minor updates to its music, graphics and studio — even as the show searches for a permanent host after a disastrous transition from Alex Trebek to Mike Richards that lasted exactly one production day.

The show has retained similar graphics as it had during Season 37.

In fact, the globe themed title card is essentially identical, though the show did update the animated sequence right before it appears as well as how the show’s logotype animates in.

The opening music also has a slightly different sound — a bit more heavy on the bass and slightly deeper.

Some of the higher pitched “pings” in the background have also been removed.

The show also made some subtle changes to its set, which is located on Stage 10, now officially known as the Alex Trebek Stage, at Sony Pictures Studios in Culver City, California.

Updates include new host lectern that’s more in line with the shape of the contestants’ socially distanced lecterns, which received updated side panel graphics.

The curved panels that envelop the set have also been updated and streamlined a bit and four uplights have been added behind the contestants, as well as around other parts of the studio.

The upper part of the set, above the header, has been changes out to use a starry sky look rather than the uplit cyc with scenic surround that has been used since 2009 (even as the hard scenic elements in front of it changed) and previously went floor to grid.

The starry look had previously been used, in a slightly different interpretation, during the show’s “Greatest of All Time” special that aired for four episodes on ABC in January 2020. 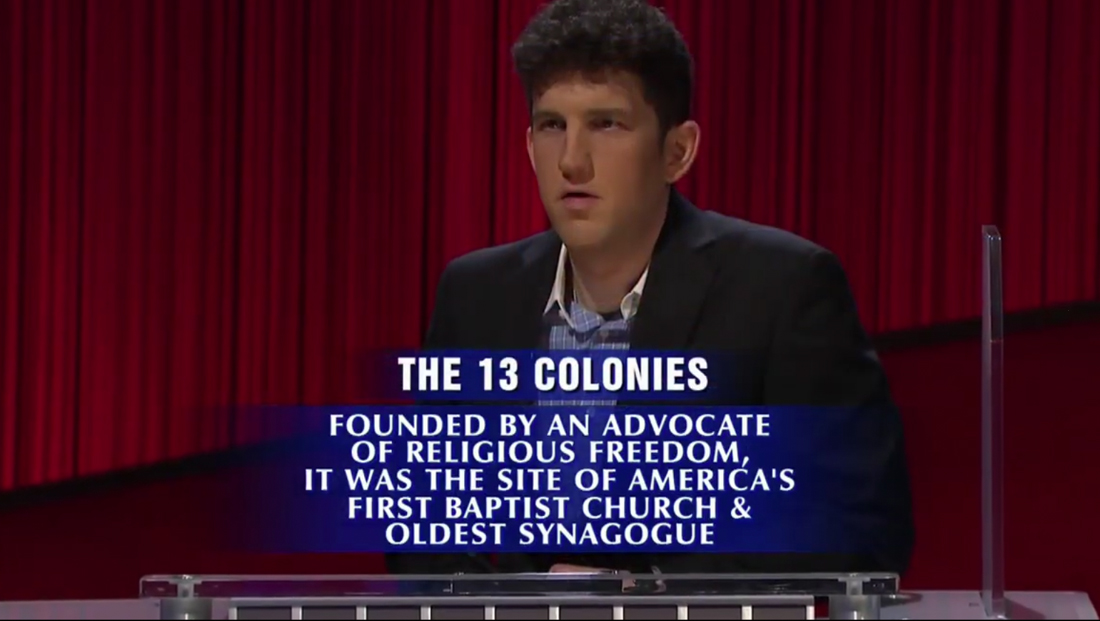 One subtle but helpful update was made to the graphic used to display the text of the Final Jeopardy! clue. Previously category was displayed on the freestanding video panel between the host and contestant areas as well as above the clue on the gameboard.

Now, however, once the control room switches to showing the contestants pondering the clue and writing down their responses, the category name is inserted above the clue on its own line in the show’s longtime category font.

This is notable because the category is often a key part of coming up with the correct response, so it could benefit at home players. The show contestants previously had the slight advantage of having the clue visible along with the category name from their vantage point.

This season is the first time in recent memory that the show did not completely overhaul its graphics at the start of a new season.

Perhaps producers, including the now departed Richards (who was also host at the time), felt too much change at the same time it planned on introducing a new host wouldn’t be the best move.

Of course, that wasn’t how things played out anyway and Richards ended up being ousted as not only host but executive producer of “Jeopardy!” and sister show “Wheel of Fortune,” leaving the show in a bit if disarray.

In the Season 38 premiere, Richards is notably introduced by announcer Johnny Gilbert as “the host of ‘Jeopardy!’,” despite the fact he ultimately only worked one tape day and will appear on only the first five episodes this year.

Labeling his host is technically correct since he was host at the time the show aired and was under contract in the role.

Although not confirmed, it also appeared the show may have edited out part of Richards’ intro at the top of the show since he made no major reference to being the new host following Trebek, who died in 2020.

On its second show of the season, Sept. 14, 2021, the open was updated to use the announce: “From the Alex Trebek Stage at Sony Pictures Studios, this is ‘Jeopardy!’,” and eliminated the clip announcing the stage renaming.

“Jeopardy!” previously mentioned Sony Pictures Studios in its open along with an animation of the studio’s exterior. Sister show “Wheel” has switched back and forth between mentioning it in its open over the years.