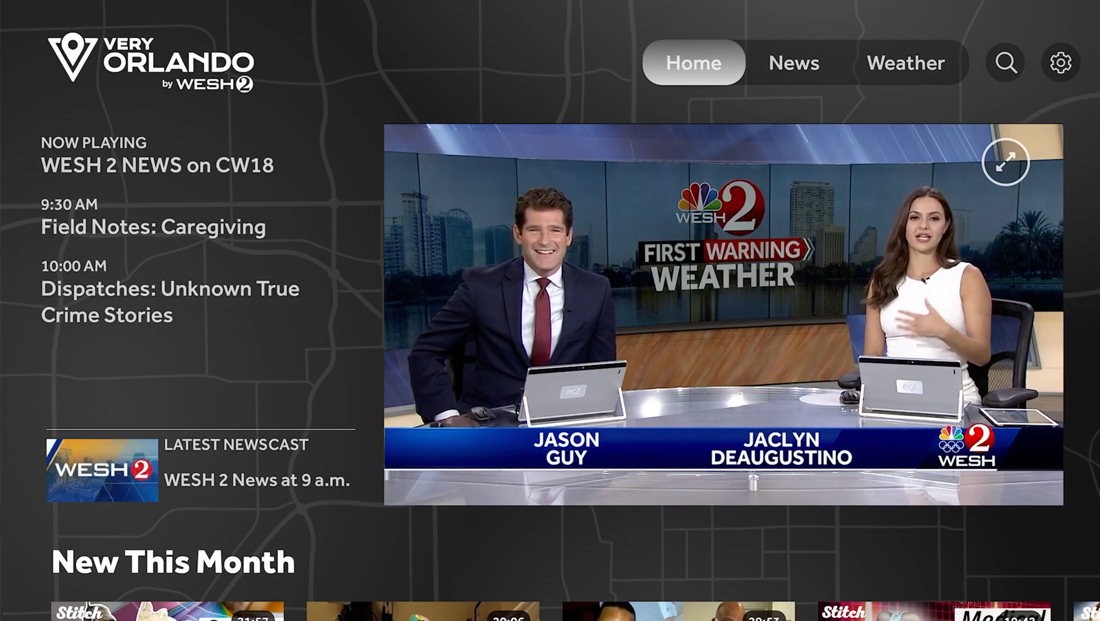 Hearst Television has introduced a bevy of OTT channels under the parent brand “Very Local.”

The new offerings are available in all 26 markets it operates a local station in, with each one “sub-branded” as “Very (fill-in-the-city-name).”

For example, WESH in Orlando, Florida, uses the name “Very Orlando” with the text “by WESH 2” under it.

In local markets, newscasts are available on demand within 90 minutes after airing on linear TV.

The effort also blends in content from other Hearst media properties, including digital content from magazines and brands such as Esquire, Runner’s World and Delish.

To start, Very Local channels are available on Apple TV, Amazon Fire TV, Roku and Android TV apps. There are no iOS and Android smart phone apps yet.

Very Local uses a V-shaped triangle with a map marker style icon next to a distinctive sans serif font for logotype and typically combined that with the local station logo.

Hearst is a bit late to the OTT and streaming game and its choice of name is interestingly close to ABC’s “Localish” digital offering (ironically, Very Local is also offering an original series called “Prom-ish” that follows how high schools put on proms during a pandemic).