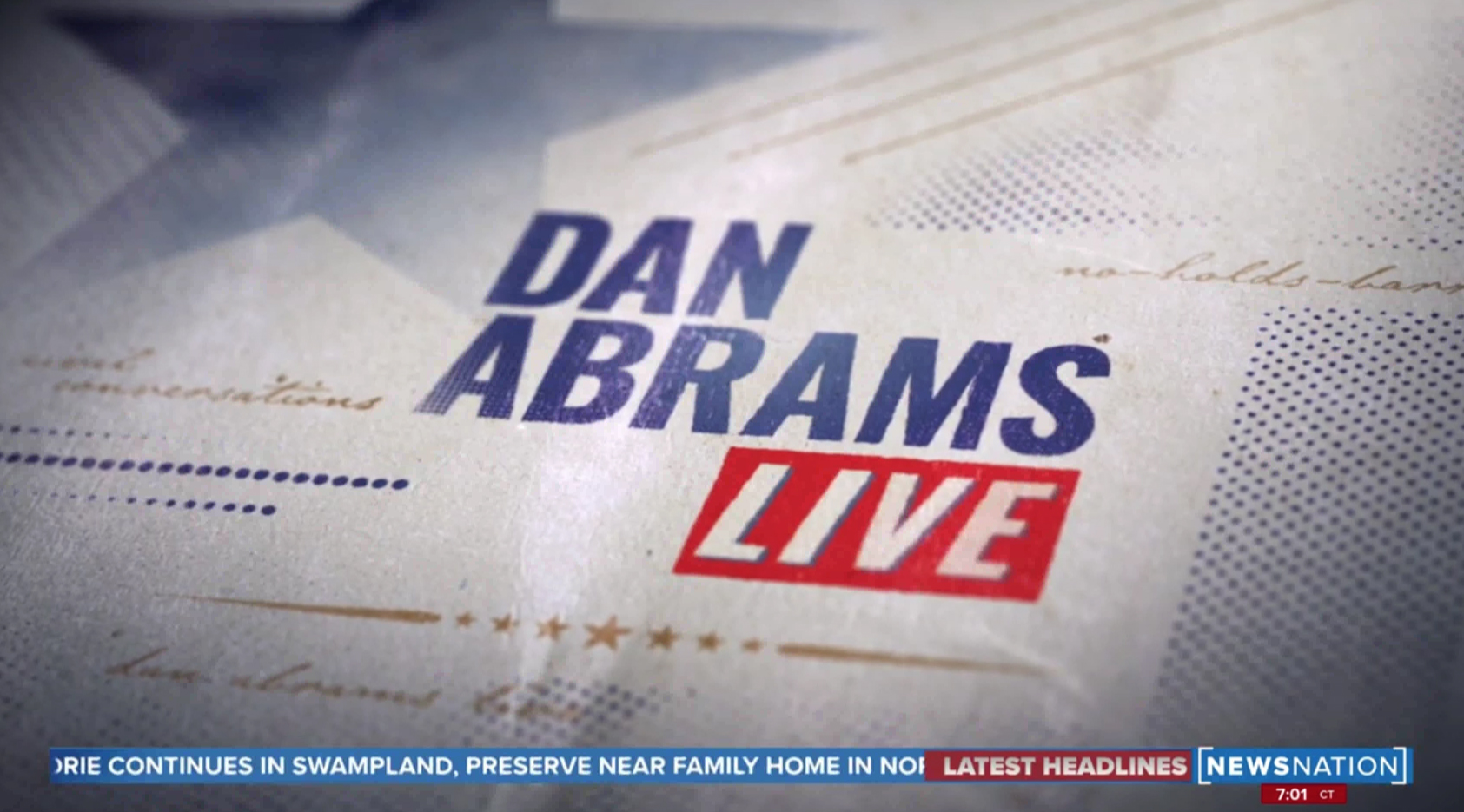 The show marks the network’s fourth personality-driven, non-hard news program behind “Banfield,” “The Donlon Report” and “On Balance.”

“Dan Abrams Live” originates from New York City, as opposed to the network’s Chicago headquarters where “Donlon” and “Balance” are based.

Instead of the network’s flatter look with boxed and corner accents, “Dan Abrams Live” uses a highly textural open that blends a paper textural background with old-fashioned script writing reminiscent of the Declaration of Independence or Constitution, accented with “pop dot” halftone effects.

There’s also the faint outline of a star in the show’s title card, which features the host’s name in all caps and “Live” in italics inside a bold red box, all of which get a slight textural effect.

Interestingly, this halftone effect was used on Abrams’ former MSNBC show “The Verdict.” The show, originally named “Live with Dan Abrams,” launched in the key 9 p.m. timeslot in 2007 before being renamed in 2008 — and canceled later that year in favor of “The Rachel Maddow Show.” 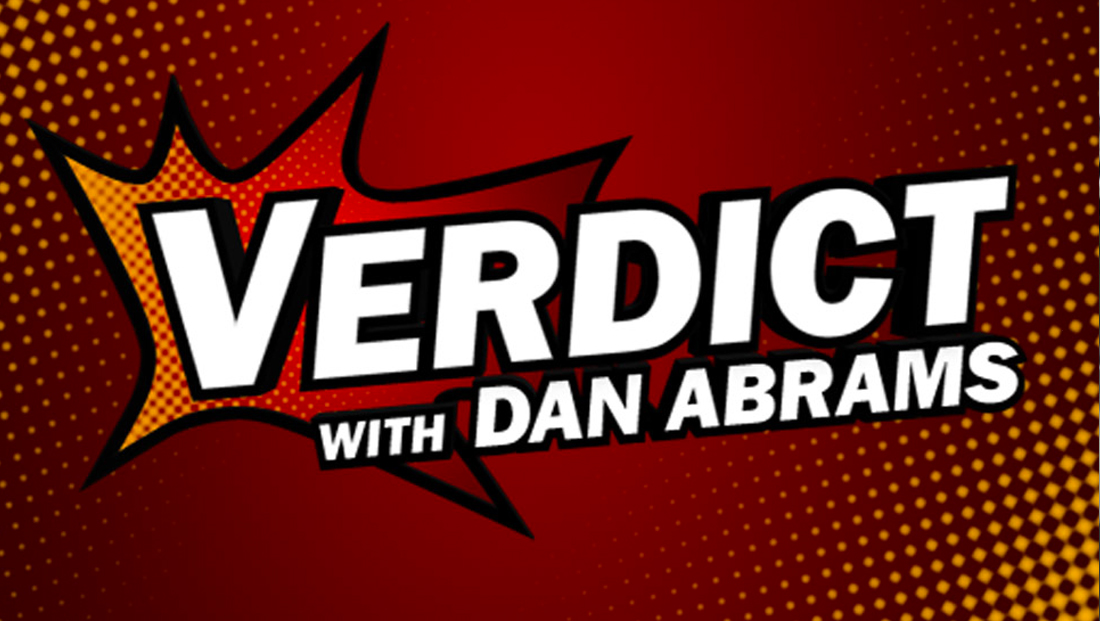 Abrams sits in front of a background featuring what appear to be two monitors sporting the show logo and another a cityscape.

Plans originally called for “Abrams” to originated from NewsNation owner Nexstar’s WPIX studios in New York, where the host is based, though sources say the final setup is still to come.

“Banfield,” featuring former CNN and MSNBC anchor Ashleigh Banfield, also originates from the New York metro area with a single camera setup in front of a video screen backdrop. Due to its debut during the coronavirus pandemic, “Banfield” has been being produced out of Banfield’s home.

Ahead of the “Dan Abrams” debut, NewsNation experienced an awkward handoff from “On Balance,” behind broadcast from Texas, to the New York feed.