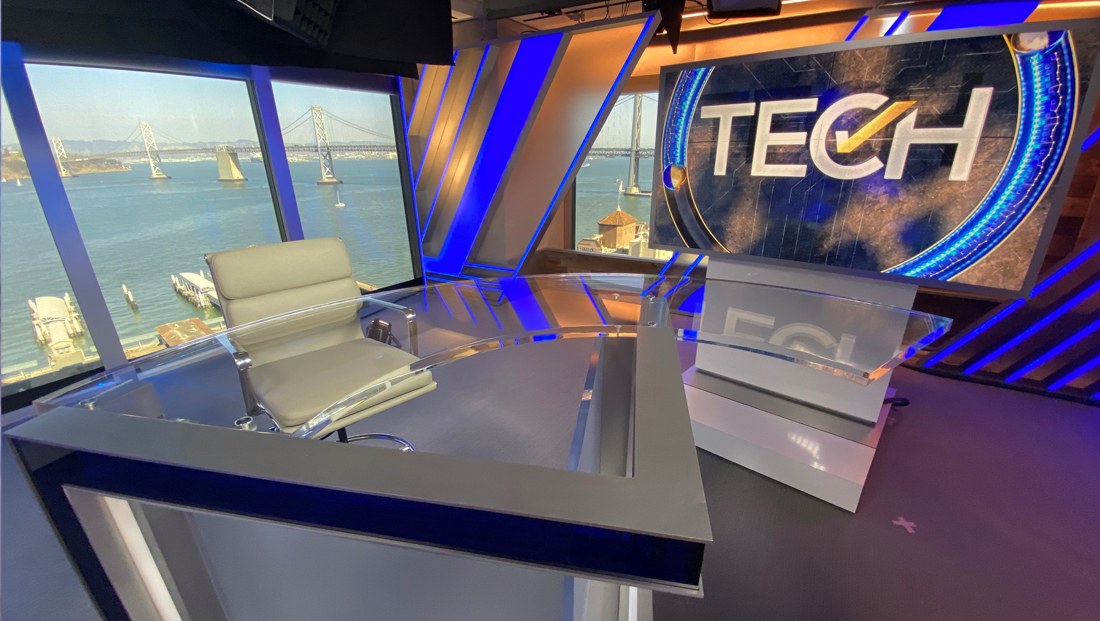 CNBC has unveiled an upgrade to its San Francisco studio at 1Market.

First opened in 2015, CNBC@1Market has served as a base of operations for reporting on business news coming out of Silicon Valley.

Key changes include a new anchor desk designed to accommodate multiple talent configurations as well as angled structural elements that are similar to on air scenic used at other CNBC broadcast facilities.

One of these angled elements is used to block views of the structural column in the corner of the space.

The use of frosted panels in this scenery also adds depth to the skyline behind it and integrates with a wall of similar angled internally lit elements camera right.

The opposite side of the studio is wrapped in another scenic wall with the bold angular motif. 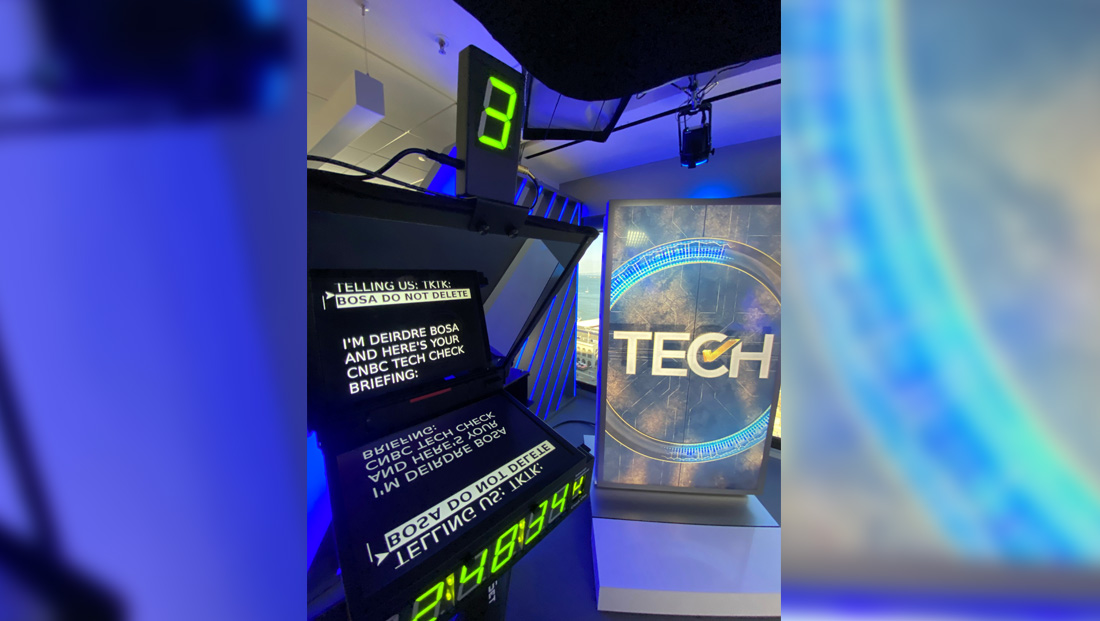 The space still affords sweeping views of the San Francisco–Oakland Bay Bridge and has a variety of scenic configurations thanks to two wild LED panels, one landscape and one portrait.

The studio is used for a variety of reports and live hits from the region and is also one of the homes of “TechCheck,” which celebrated its six month anniversary Oct. 14, 2021, and will welcome back Deirdre Bosa from maternity leave Oct. 18, 2021. 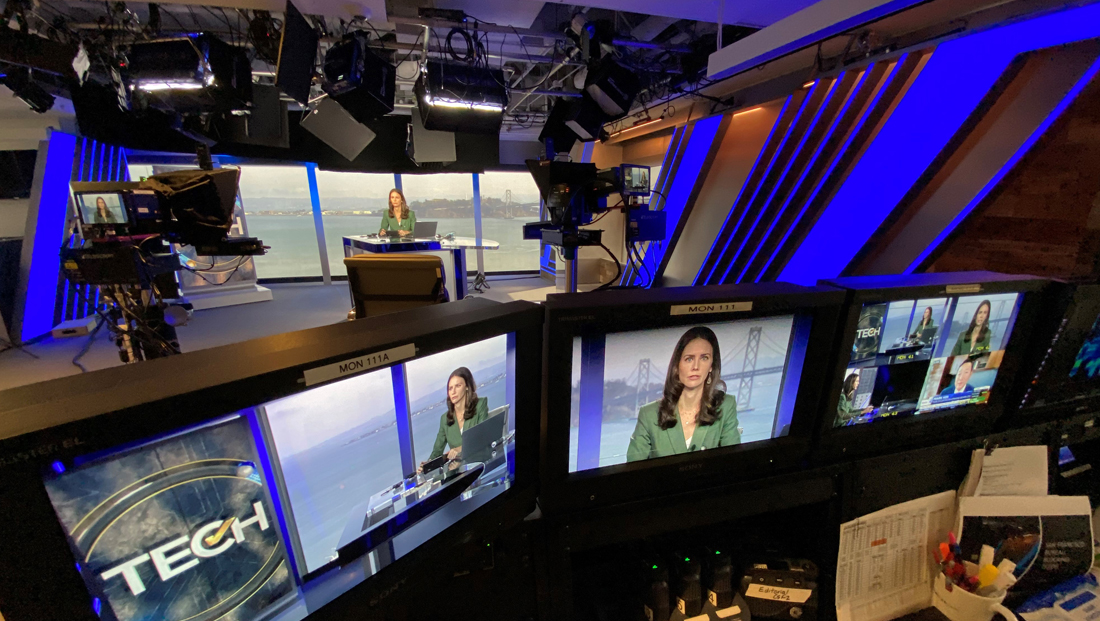 Other upgrades include all new cameras, lighting, teleprompters with camera clocks and tally lights, audio system and robotics and camera controllers.