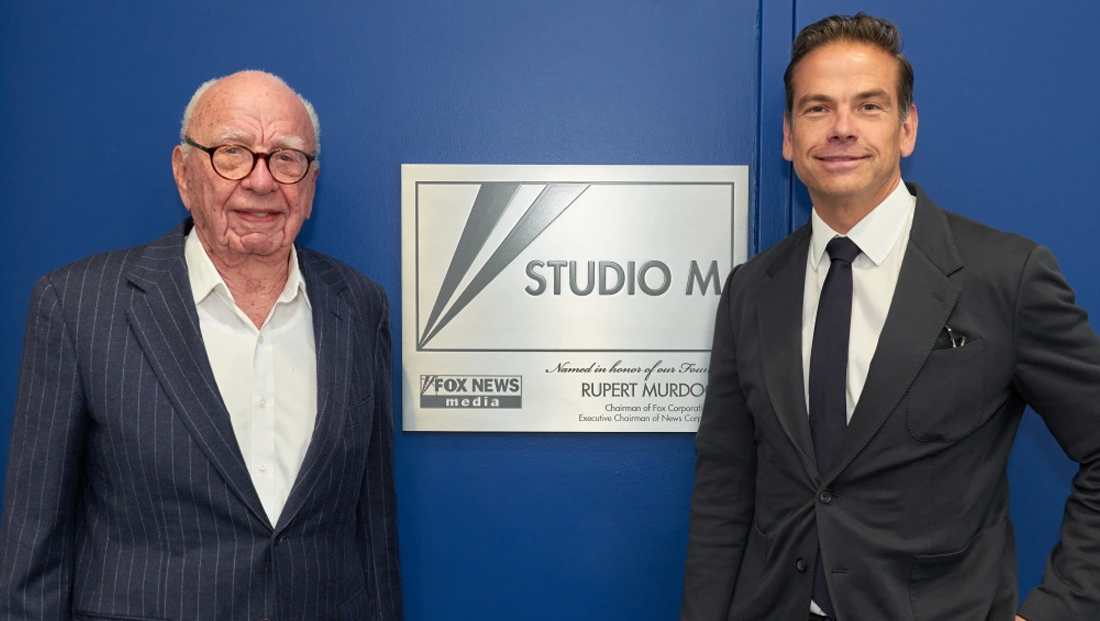 Fox News has renamed its glitzy streetside studio in honor of owner and founder Rupert Murdoch.

The network marked the occasion with the unveiling of a plaque that marks the studio name along with the explanation “named in honor of our founder.”

Studio M was first opened under the “F” name in ahead of the 2016 election and features two levels of broadcasting space.

The space was previously a FedEx Office store on the ground level of the News Corp. building along the Avenue of the Americas in New York City.

A look at Fox Business’ updated home in Studio G

When Fox originally launched back in 1996, it featured several smaller street level studios with windows, but many of those windows are now covered with graphics that double as giant billboards for the network.

Studio M sits directly below Studio G, which is used for a variety of Fox programming.

Studio M is currently home to “Fox & Friends” (which mostly uses the mezzanine level), “The Five” and “Outnumbered” as well as special coverage. It features a large curved video wall with LED “video chandelier” that can be raised and lowered suspended above a circular LED floor.

Studio F isn’t the only studio at Fox to get renamed lately — Studio H, previously home to Shepard Smith’s Fox News Deck, was recently designated as Studio W with the debut of Fox Weather (with “W” for “weather”).

Fox News also uses the nearby Studio J on the 14th floor of the building for key programming include “America’s Newsroom,” “Hannity” and “Fox & Friends First.”