How the cable networks covered the funeral of Sen. Bob Dole 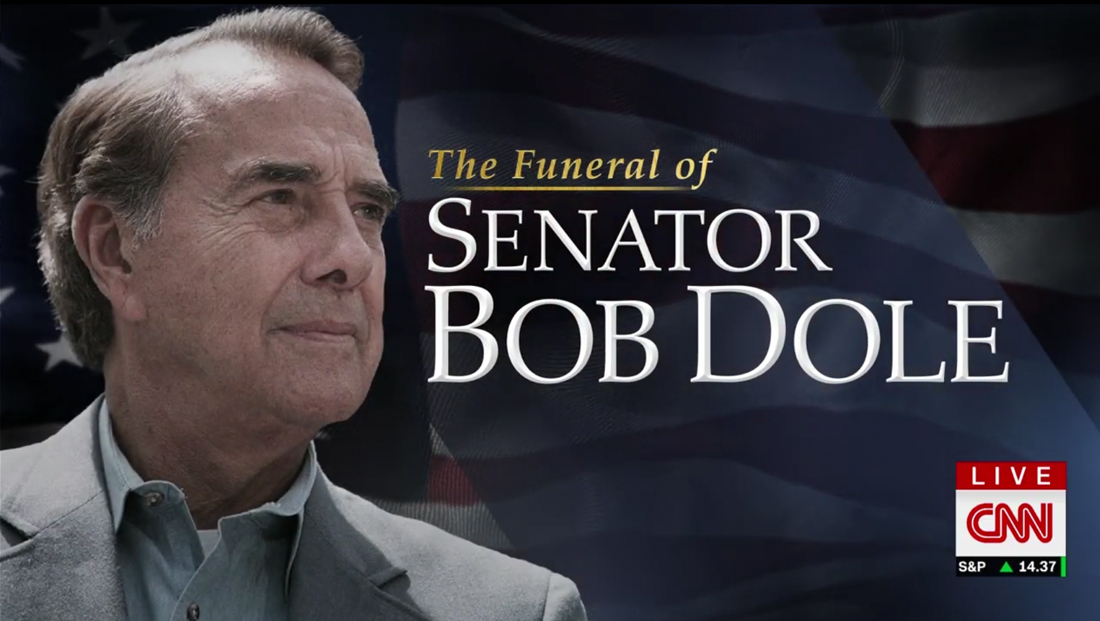 All three of the major cable news networks offered live coverage of the funeral of the late Sen. Bob Dole Friday, Dec. 10, 2021.

CNN used a short open with photos from Dole’s life and career along with somber music before cutting to Wolf Blitzer. 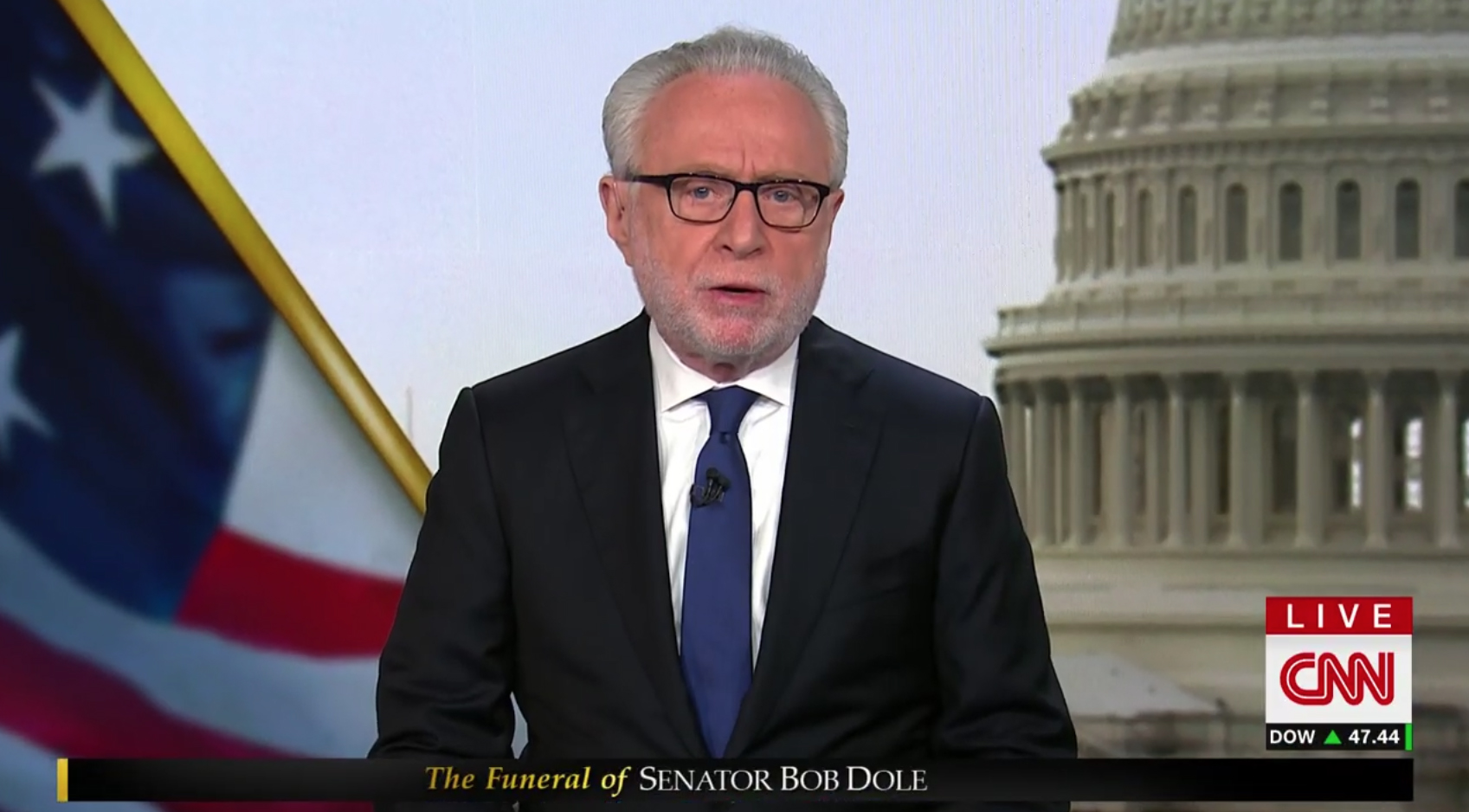 Blitzer was sitting in front of what appeared to be a live feed of the Capitol partially covered by a gold angled border with American flag to the let, a look that has some similarities to the effect the network creates on video walls for election coverage, though the graphics used there are a much different style. 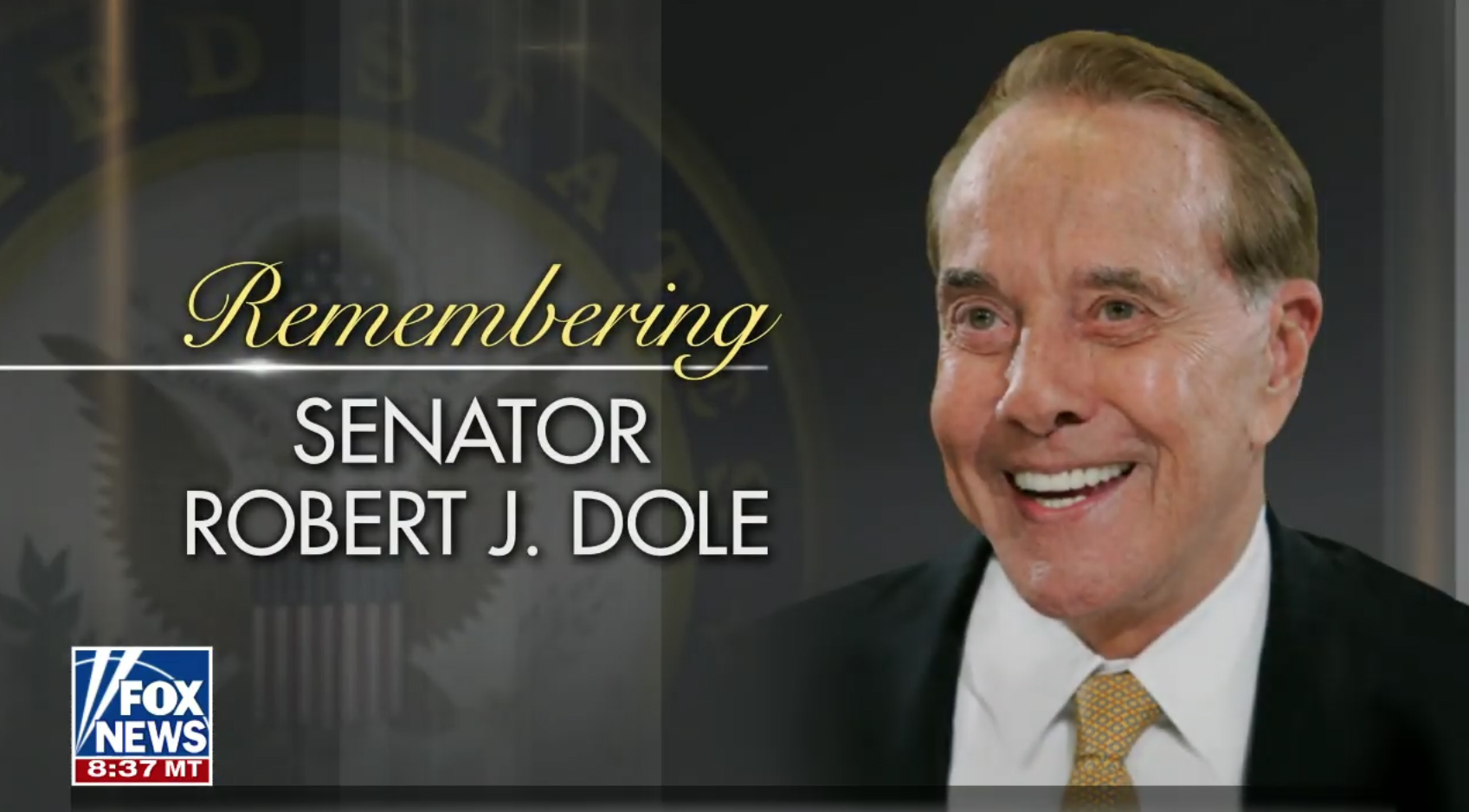 Fox also used its typical look for the deaths of notable people, a series of dark gray panels with gold and white lettering. Fox opted to spell out the Dole’s full, proper name.