The program, a relaunch of “Peston on Sunday,” is hosted by namesake Robert Peston and airs weekly on Wednesday night. Sitting Duck Music provided the updated theme for the show with a motion graphics from Jump Design and Direction.

The show films at Television Centre on Studio TC2, which is shared with “Lorraine” and “Loose Women.”

For the scenic design, the production team wanted the design to seen as a television set and not as an attempt to create a real location. The set relies on layers of texture and a deliberately abstracted “view” to provide depth. The use of pink highlights and additional lit strips provides a contrast to the predominantly blue backings and hopefully adds a sense of quirkiness that is intended to reflect Pestons’ personality. 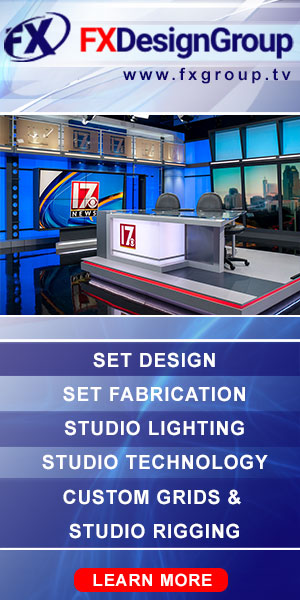