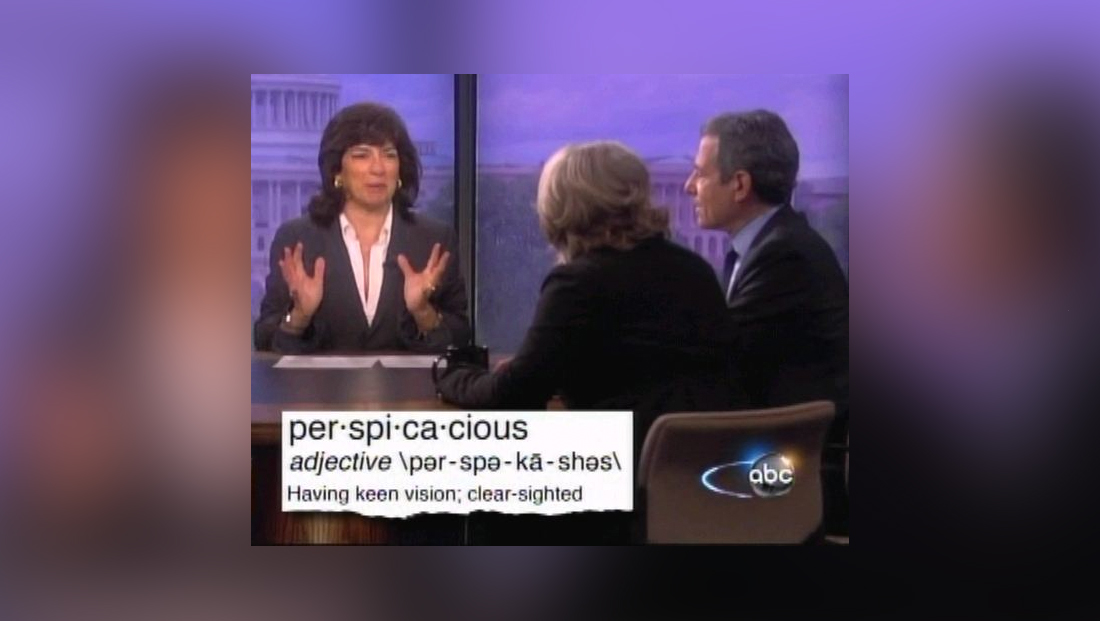 Via Mediaite, “Christiane Amanpour apparently attempted to keep the conversation at an elevated level of intelligence by showcasing an SAT-worthy word in the middle of her statement. Amanpour casually said “perspicacious,” yet dropping such a big word apparently served as a bat signal for the ABC graphics department to go into emergency action!”

Producers evidentially thought the word was too obscure even for the somewhat more sophisticated Sunday morning political show viewers and opted to overlay the dictionary definition of the word on screen.