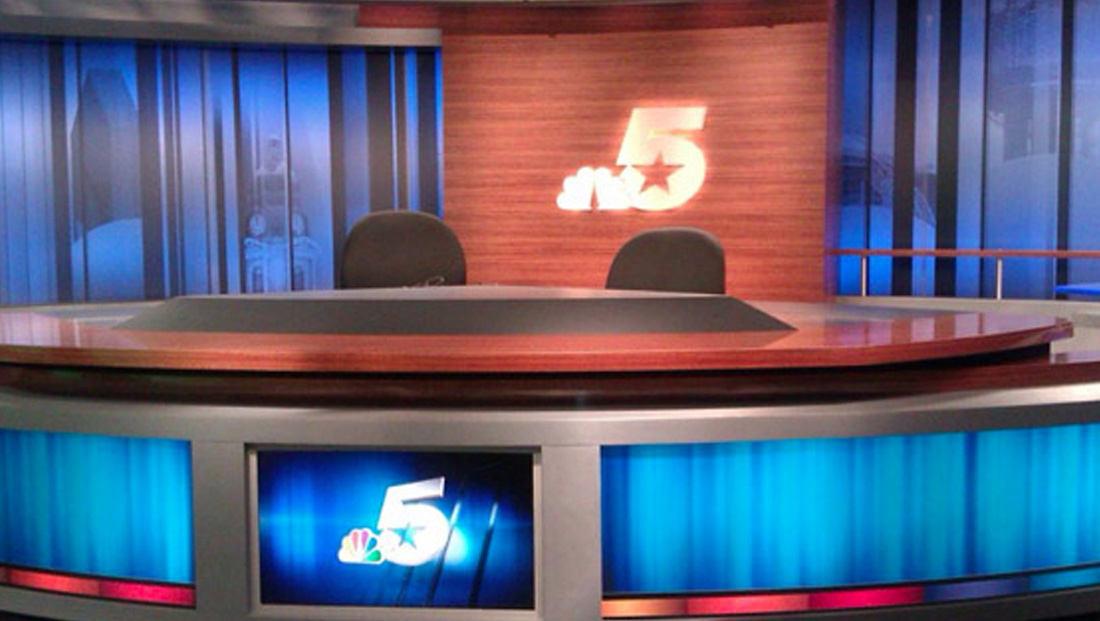 KXAS-TV, the NBC O&O based in Dallas, recently debuted an updated set along with a new graphics package.

The set changes, which took about 16 hours to complete, included new duratrans, desk inserts and the removal a large monitor behind the anchor desk. A cutout of the stations logo was also added to a large wood wall, which is now also present in the weather center. The set was last updated in 2008. The new graphics package borrows heavily from other NBC Artwork packages, including the recent one for KARK-TV.

The package uses shades of blue with a blocky design. The colors of a the rainbow are seen as accent elements both on the set and on the graphics. With the recent news that NBC would allow each station to operate on its own, we don’t expect this exact package to debut on every O&O.