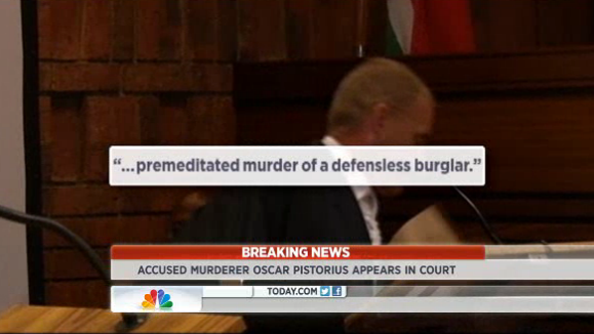 Today during its report on the Oscar Pistorius case, NBC News aired snippets of court documents, misspelling “defenseless” in a graphic.

The “Today” show report omitted the third “e” directly before the suffix “-less” in a simulated clipping that appeared over video images of Pistorius.

In some nations, including South Africa, the word is spelled with a “c” in place of the first “s” — “defenceless” — but still contains that third “e.”

It appears this error was, in fact, introduced by NBC and was not in the original court documents.