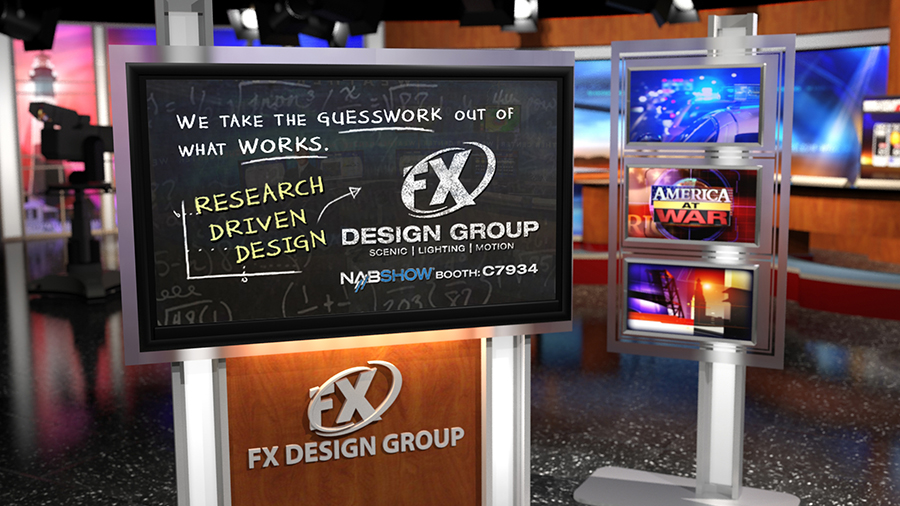 The Central Hall at this year’s NAB Show will the site of dual presentations by FX Design Group and DeSisti Lighting, two companies that are partnering to showcase educational demos for NAB attendees in what is known as the “DeSisti Lighting Theater” located in Booth # C7355.

The booth is a 30 X 40 island that the partnering companies have turned into a showcase for all of these products and services in one space. The walls of the set feature color-changing LED curtains and texture walls for dramatic effect.

In addition, FX’s booth C7934 is adjacent to DeSisti’s and is available for private sit-down consultations, for attendees to view the latest in set design, digital sets as well as motion graphic design. In the booth, attendees may also view private presentations of FX’s recently-released research study, conducted by Frank N. Magid Assoc. titled 2013 Viewer Preferences Research Study – Aesthetics Matter. The results are intended to help television executives make smart, informed investments in all visual aspects of their television presentation.

FX Design Group is an advertiser with NewscastStudio and provided this news release.