A binder full of branding at NBC News 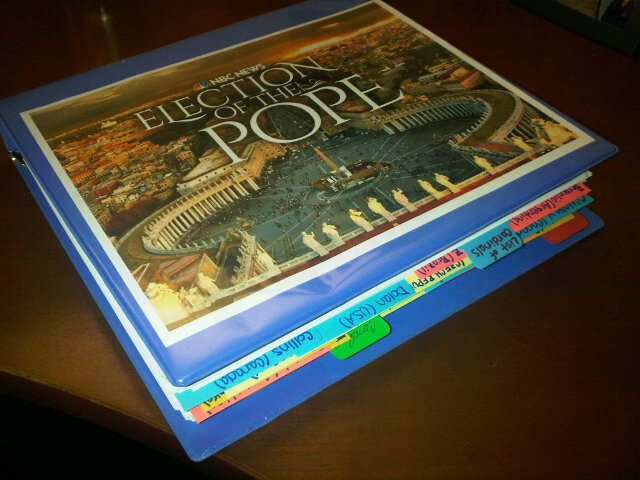 (UPDATED) NBC’s Chris Jansing tweeted a photo, seen above, of the binder she received from NBC News research assistants before heading to Rome to cover conclave.

What’s particularly impressive is the branding seen on the cover — a full color printout that matches the network’s conclave coverage graphics. It’s nice to see that someone took the extra step to give it that finishing touch.

Update: The cover image shown here was actually a version taken from the graphics NBC used during its coverage of conclave after John Paul II died in 2005, but the network is using the same typographic treatment this time around, as seen in the image below. The new graphics are much more bright and airy and also use a frontal view of St. Peter’s rather than an aerial one.