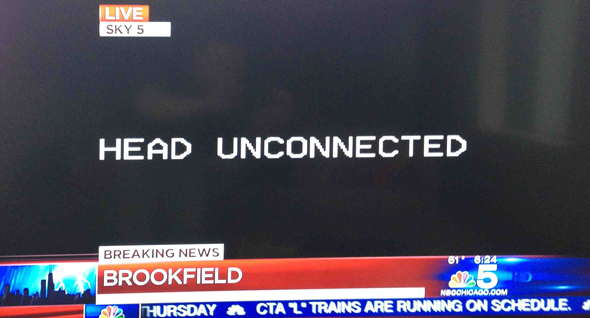 During Thursday’s coverage of the flooding that hit the city of Chicago, NBC O&O WMAQ-TV was airing a live shot from its helicopter hovering near the Brookfield Zoo when something happened to the video feed causing the message “Head Unconnected” to appear on screen.

Anchors Allison Rosati and Rob Stafford acknowledged the issue and joked that their reporter’s head was, in fact, still connected.