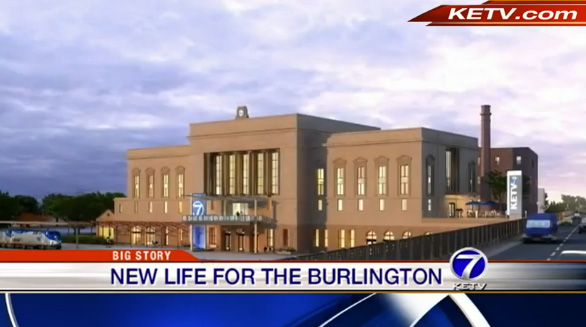 KETV-TV, the Hearst station in Omaha, has announced plans to relocate its operations to the city’s Burlington Station.

The historic 80-year-old building will become home to the station in 2015, after a two year multimillion dollar renovation to upgrade it to a state of the art digital news and television production facility, as well as administrative home to the station’s business aspects.

The abandoned structure has fallen into a state of disrepair, as evidenced in the video footage the station offered up during its coverage of the announcement.

KETV-TV has been located at 27th and Douglas since 1957, but the facility has quickly outgrown the facility.

KETV-TV made a big deal of the purchase and announcement Wednesday evening, leading its newscast with “team coverage” of the many facets of the sale, including anchoring the newscast from in front of the station.