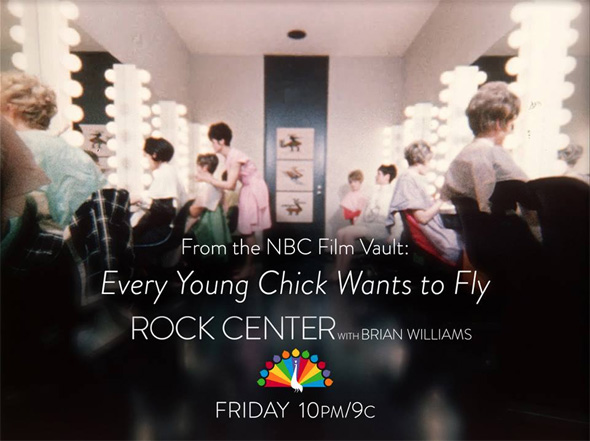 NBC News is using a classic version of its famed peacock logo in conjunction with the NBC Film Vault segment on “Rock Center.”

The peacock was simplified in 1979, with features more in line with what we’re familiar with today.

In 1986, the network’s 60th anniversary, the network introduced the current peacock shape.

This version of the peacock parred it down to six simple feathers in the shape of rounded pie wedges and created the peacock’s head and neck by using the negative white space between the two middle feathers, along with a simple notch taken out of the purple feather to symbolize a forward facing bird.

The logo has been modified multiple times since 1986, but the basic shape has remained the same. Various effects have been added, including the most recent stylized glass and crystal versions.

It also frequently appears as a single color or single color semitransparent version, including in the “NBC Nightly News” logo — though the network did start adding the colored version to some social media profiles earlier this year.