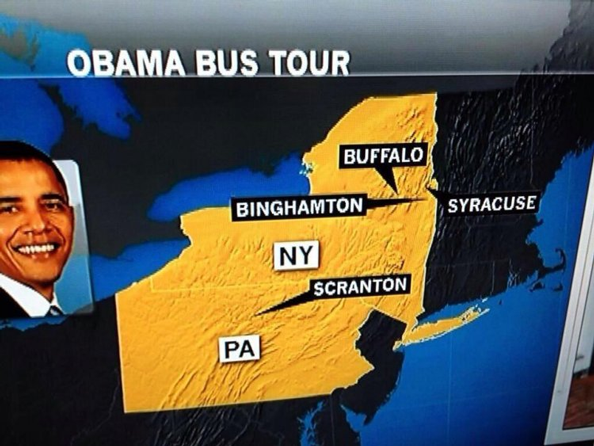 MSNBC aired the map above during “Martin Bashir,” depicting the cities President Obama will visit on an upcoming bus tour.

The only thing it managed to get right were the state names.

There’s your Pennsylvania and New York state geography lesson for the day, courtesy of someone who went to college in one of the displaced cities — Scranton (in other Scranton TV news, WNEP-TV forecaster Joe Snedeker, known for his offbeat forecasts, celebrates 20 years at the station today).

See also: Oklahoma is not Idaho