We’re not in Oklahoma any more … we’re in Idaho? 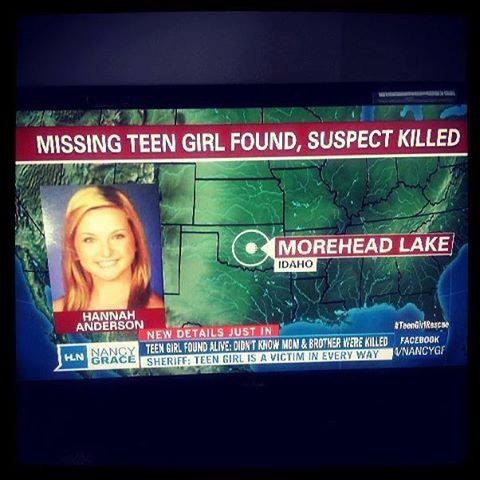 Coming off the heels of ABC News map mistake last week that relabeled Kansas as Oklahoma, apparently it’s Oklahoma’s turn to get slighted this week.

That viewer posted the photo to the show’s Facebook page and several additional viewers, mainly from Idaho, have chastised the show on the page as well.

So, honestly, this one has got us a little confused. Unlike “NBC Nightly News” removing New Hampshire from the map and MSNBC shuffling some cities in New York and Pennsylvania, you could at least explain those errors with “well, at least they were kind of close…”

But Idaho being relocated to the middle of the country? How exactly does that happen? I mean Oklahoma isn’t even adjacent to the state…