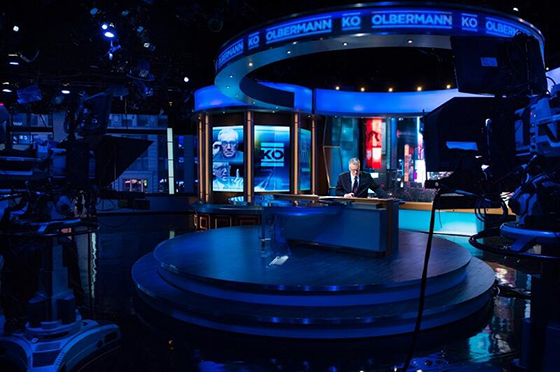 Olbermann described the set as “the spaceship” on Twitter, likely because of its circular rings and blue lighting.

We’ll see how the set appears on air, but its main shot will likely be similar to “Nightline,” with a blurry view of Times Square.

Update: We’ve posted a complete gallery from the debut.