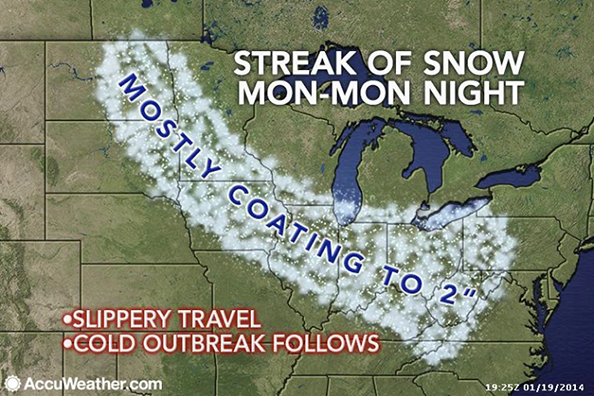 WBNS-TV Columbus forecaster Chris Bradley apparently didn’t notice anything funny about the weather map he decided to post to Facebook Sunday — but viewers sure did.

The map was attempting to illustrate a belt of snow stretching over much of the country, including the Columbus area, but the outline created a familiar shape.

Facebook users immediately took notice: “This sure has been a long, hard winter,” wrote Nick Hindman.

To make matters even worse for the map, the band of snow was labeled as “Mostly coating to 2″,” opening the way for the inevitable size jokes: “I must have a dirty mind, but that looks like it’s more than two inches,” wrote Jim Johnson.

And it goes on … some of the comments a bit racier than others: