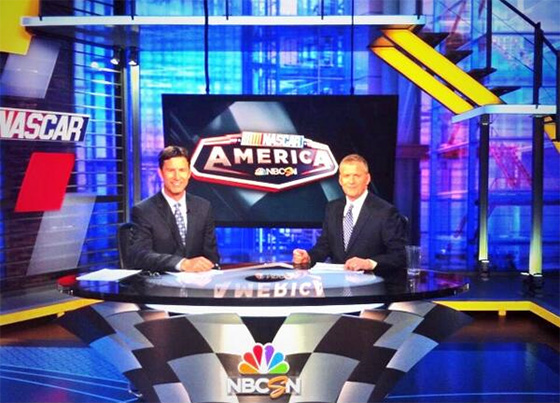 In 2015, NASCAR will move from current broadcasters Fox/TNT/ESPN to Fox/NBC.

For the show, NBCSN added a new desk that’s clad in a checkered pattern, mirroring the flag used to end a NASCAR race. A cutaway racecar is also on the set, providing a tool for presentations and a interesting scenic element.

View a full gallery of the NBCSN studios