Fox Sports Midwest working on set with a view 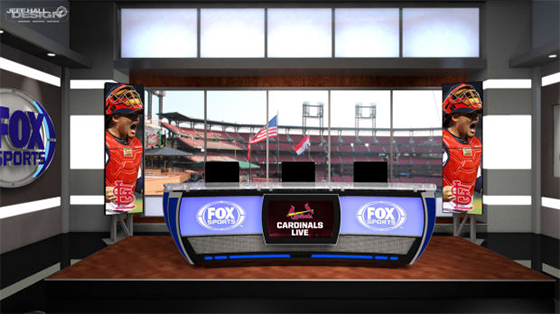 For the 2014 MLB season, Fox Sports Midwest will move to a new studio with a view of the St. Louis Cardinals ballpark, Busch Stadium.

The new studio was designed by JHD Design with designer Jeff Hall. Hall has worked on other projects for Fox Sports, including a similar studio in San Diego.