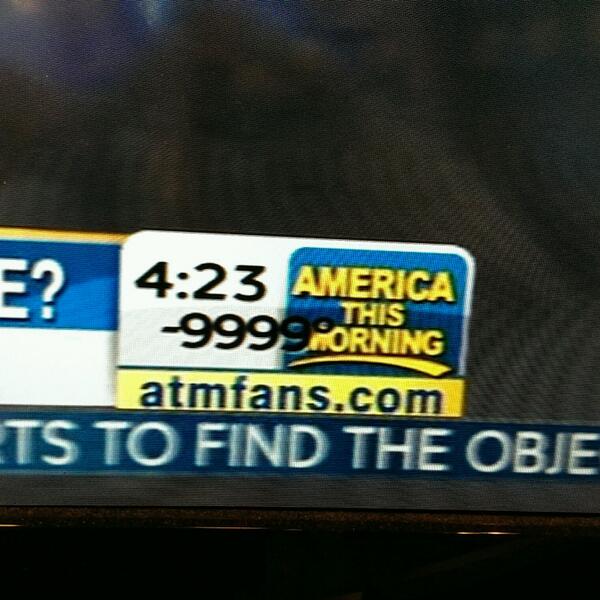 WMAR-TV, the ABC affiliate in Baltimore, had some kind of glitch this morning that resulted in the current time and temp bug overlayed over its network feed to tell viewers it was a bone chilling -9999 degrees.

Meteorologist Mike Masco tweeted a photo of the erroneous bug, which appeared during “America This Morning” — though in his tweet he managed to make the temperature even colder by adding another “9.”

The bug container isn’t even designed to accommodate five characters (the negative symbol plus four digits), so the temperature text ended up covering part of the “America This Morning” logo.