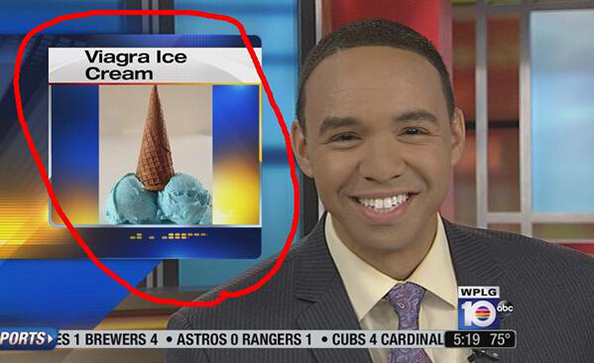 The Web is abuzz with what some are calling the best TV news graphic ever.

The station opted to pair the story with the epic OTS graphic — an upside-down ice cream cone perched atop two blue scoops of dairy deliciousness.