BBC ‘alerts’ of no nudity in ‘Game of Thrones’ 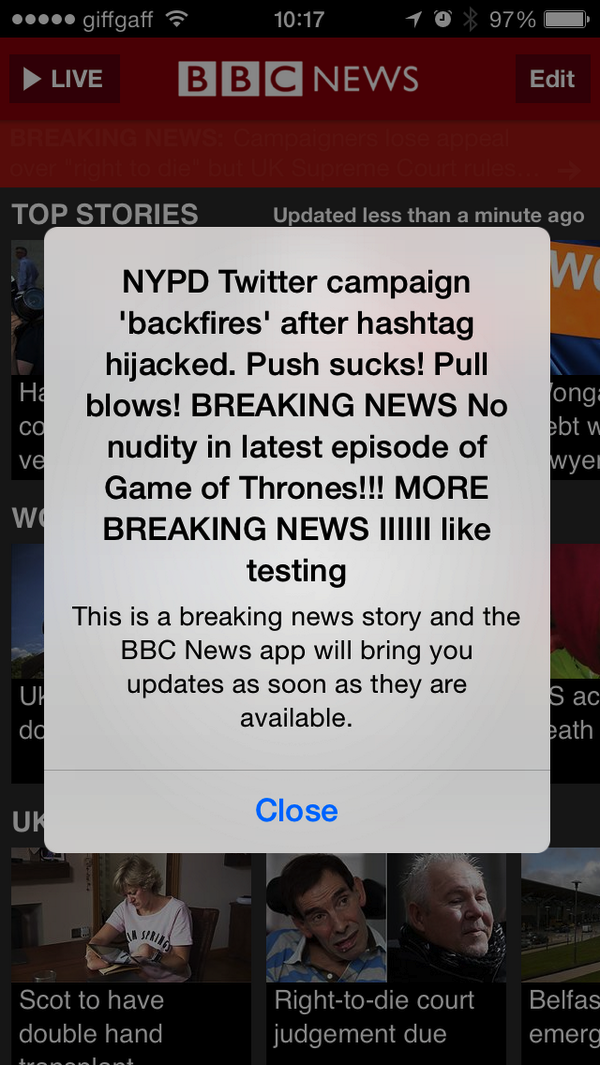 The notification was a strange amalgamation of seemingly random sentences about a failed NYPD hashtag campaign, “Game of Thrones” not containing any nudity and what appeared to be breaking news filler text, reports Mashable.

The BBC’s PR office later issued a tweet saying the notification was a test that was sent in error and the network’s system was not hacked.