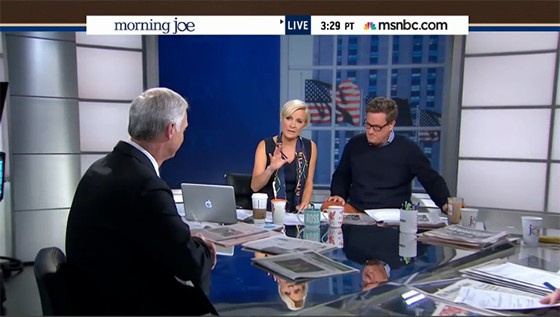 MSNBC has not broadcast from Studio 3A since Friday, raising the question of what’s going on.

Most programming has originated from Studio 3K with “Early Today” broadcasting from Studio 3B, the home of “NBC Nightly News.”

We’ve heard various rumors of changes underway, but NBC News public relations calls this work “maintenance” and will not elaborate on what exactly is going on inside the studio.

It’s unclear how long the shows will be displaced.