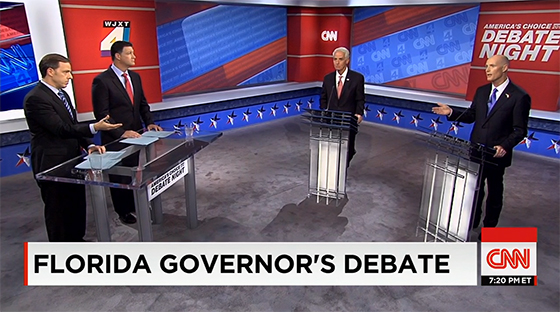 WJXT-TV transformed its morning show set, located in Studio B, into a debate stage for Tuesday nights Florida gubernatorial debate.

The changes include new graphic panels on the set and logos for both CNN and WJXT-TV. CNN’s “election stars” were added to create a border around the bottom.