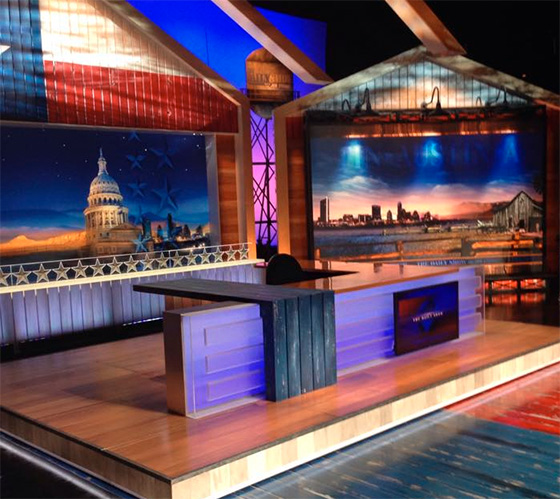 Comedy Central’s “The Daily Show” is on the road this week, broadcasting from the Zach Theatre in Austin, Texas. The set includes many patriotic decorations, two RP screens, and views of Texas’s cities and plains. Large floating headers extend from above home base, which resembles a barn, having a painted wood finish that matches the state flag.

The L shaped anchor desk includes a plexiglass front and some reclaimed wood, giving it a very unique look.

Hidden behind the set is a large cyc of a Texas sunset, complete with a “Daily Show” water tower.

Overall, the set captures Texas while having the hallmarks of a news set. Too bad the set is only being used for 3 days…