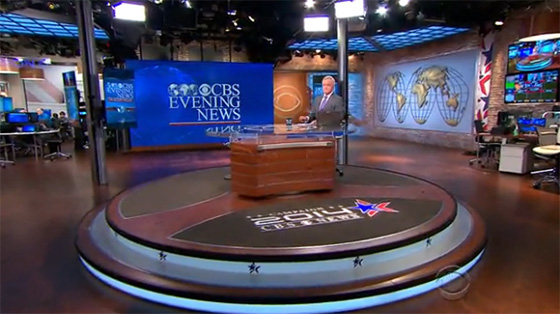 Normally home to “CBS This Morning,” Studio 57 is serving as CBS’s election headquarters for the midterms. Last night we saw a preview during the “CBS Evening News.”

Slight changes were made to the space, with the addition of patriotic graphics around the set and a projected CBS “Campaign 2014” logo on the desks riser. The wings of the desk have been removed to create a round table for election analysts. Studio 57 debuted in 2012 and is located at the CBS Broadcast Center in midtown New York.