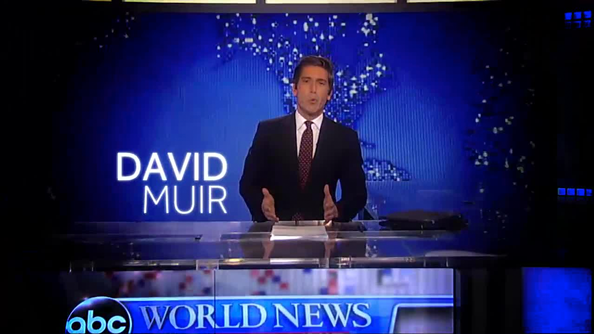 Starting today, “Facecast: The One Thing “will feature a one-minute news update on the social network every weekday beginning Dec. 1, according to the network’s press release announcing the new offering.

Facecast will give Facebook users a round-up of the day’s top stories and trending topics shot behind the scenes at ABC News headquarters in New York City. Each day it will include a mix of the essential stories on everything from breaking news and the economy to sports and politics, featuring video, photographs and infographics.

According to ABC, Facecast is the first daily newscast for social media hosted by an evening news anchor.

“We are grateful that our audience engages with David Muir and “World News Tonight” on social media all day long,” said “World News Tonight” Executive Producer Almin Karamehmedovic in the network’s statement. “We’re very excited to launch a newscast that is exclusively for Facebook where users can continue the conversation beyond the evening newscast at any time.”

“Video on Facebook is growing fast and it’s exciting to see ABC and David Muir create unique content for this platform,” said Andy Mitchell, director, news and global media partnerships at Facebook in the statement. “A newscast produced for the mobile use case is a great way to leverage Facebook’s platform and engage people in the journalism ABC News is known for.”