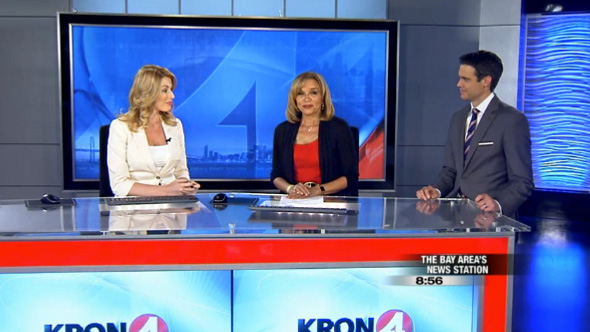 KRON-TV began broadcasting from its new location on Monday, sharing a building with competing station KGO-TV at the ABC Broadcast Center.

The renovated space at 900 Front Street is just blocks from the San Francisco Bay and includes a new newsroom, control room and studio. Along with the main anchor desk, two smaller desks are present with large monitors behind.

“[My daughter said] I can’t wait to see you stand up so viewers see you’re not a short fat man,” joked sports anchor Gary Radnich about the new set change. Graphically, the same package that debuted in 2012 is in use with Michael Boyd’s “KRON Instant Classics” music package.