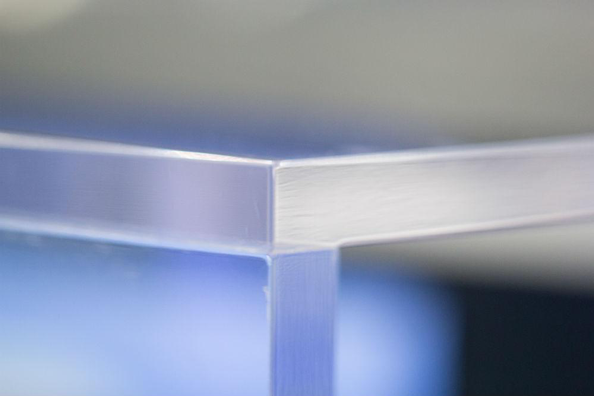 Indianapolis’ WTTV-TV, which will become the market’s CBS affiliate Jan. 1, tweeted out an extreme close-up photo of its new set.

The set, designed by Broadcast Design International, will debut on New Year’s Day.

Because of the zoomed in nature of the photo, it’s difficult to tell what exactly the new set will look like, but it’s fairly obvious that metal tones and semi-transparent surfaces (not surprisingly) will be part of the design.

The station has already released its new logo design.