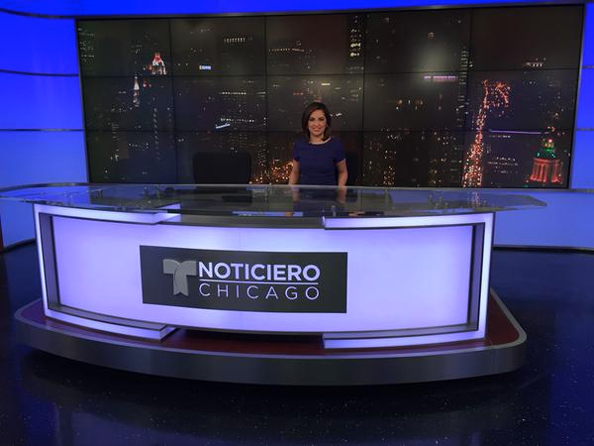 The simple set features backlit walls, a 5×3 video wall and internally-lit anchor desk fronted with a monochromic rendition of the station’s logo.

The set is similar to Telemundo Miami and Dallas, which both received sets by Jack Morton PDG.