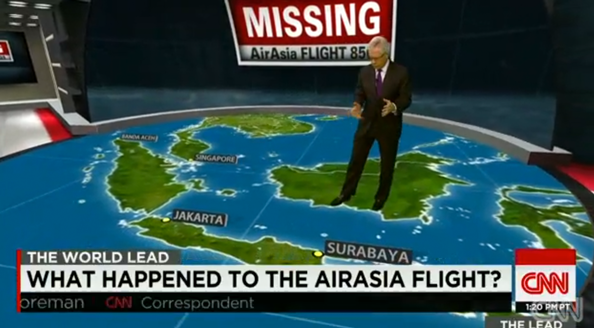 CNN pulled out its virtual tech for its coverage of the missing AsiaAir Flight 8501. The network’s usual go-to green screen guru, Tom Foreman, could be found standing on a virtual map of Southeast Asia with a virtual rendering of the plane in front of him. Foreman used the map to illustrate the plane’s route and also show viewers how weather systems could have affected the plane’s trajectory and positioning in the sky.

The virtual environment Foreman was standing in included a circular map area with structural elements behind him.