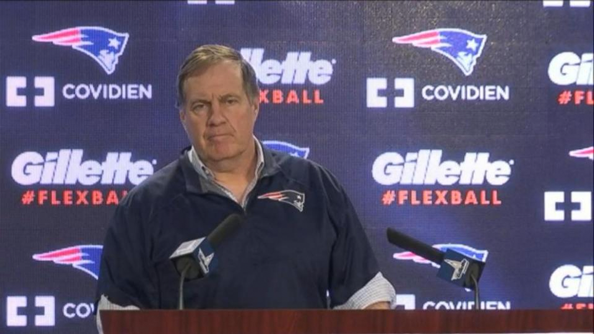 During a press conference today addressing the so-called “Deflategate” controversy, New England Patriots Head Coach Bill Belichick appeared in front of reporters with a rather ironic hashtag on the step and repeat-style background behind him.

The backdrop featured the Gillette logo with the hashtag “#Flexball” beneath it.

The Patriots play their home games in the Gillette Stadium and the brand also sponsors the team and is currently promoting its “Flexball” line of razors, which featuring a swiveling blade head.

Social media users didn’t let the irony go unnoticed and Twitter and other social networks immediately lit up with posts about it — and the #Flexball hashtag saw a big boost in mentions.