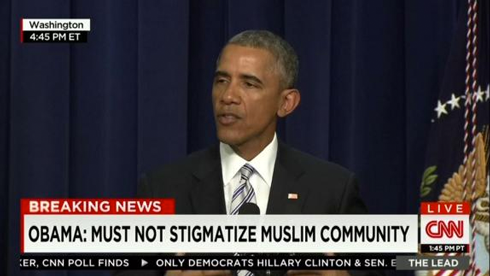 In a lower third banner that ran during its coverage of an event President Obama was attending, CNN omitted a key word that drastically changed the meaning of what the president said.

Less than a minute later, the network swapped out the headline for a corrected version — adding the word “not,” notes NewsBusters.