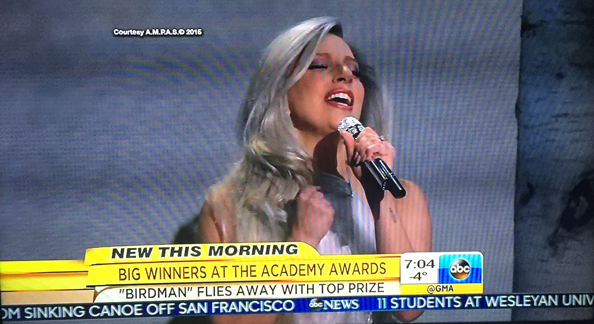 The lower thirds, which were modified versions of the show’s standard “ribbon” design, included a bright yellow main tier and a lighter toned second tier that also included a gloss effect on the left side.

The show also changed the typeface to a wider, lighter font — that, combined with the yellow tones made the graphics look a bit reminiscent of the lower thirds seen on “CBS This Morning” in many ways.