Cloudy with a chance of furballs in Winston-Salem 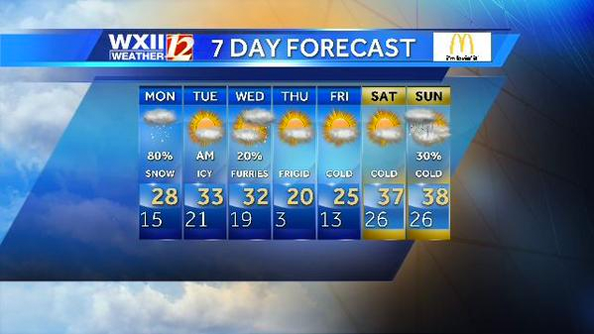 We all know it’s been a crazy month of weather all over the U.S. (or maybe it just feels that way because it’s sweeps), but here’s a new type of fur-cast … err … forecast: Furries.

Hearst’s WXII-TV in Winston-Salem, N.C. aired its seven day forecast board that included a rather unusual prediction for Wednesday: A high of 32, low of 19 and Furries expected.

Of course, we were instantly reminded of what had to have been one of the most unintentionally funny stories to watch a news anchor read in 2014: If you’ve been living under a rock and have no idea what “Furries” are, we point you to Wikipedia for all the juicy details.