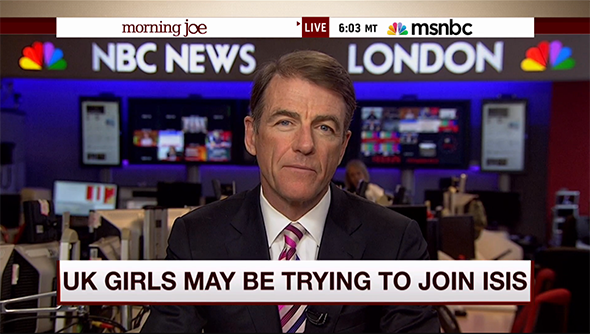 MSNBC rolled out an updated graphics package this week.

Similar to the 2014 changes by CNN, the updates include an updated header bar and lower third. The new L3 has a singular focus, and removes the previous branding box. The new lower-third includes large upper case text that spans nearly the width of the screen. The banner is typically one line, but can change to two lines as needed.

View a gallery of the new look.

The header bar, which includes the show logo and MSNBC logo, was also widened to match the width of the new L3.