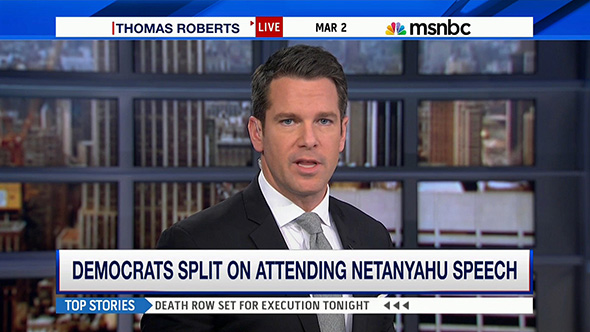 Using an upbeat format with quick changes and less talking heads discussing politics, the show feels like an MSNBC program from a different era. The show actually flowed from one story to another, instead of drowning in debate and a panel format. Graphically, the show featured a blue and white color palette with a virtual room of columns in the various opens, bumps and backgrounds.

The show also included a “laugh track,” in the sense that the studio crew often audibly laughed to Roberts jokes. We’ll see if the overall format lasts, but anything is better than “Ronan Farrow Daily.”