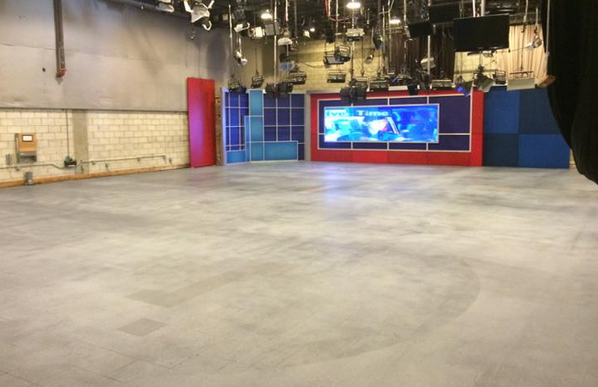 Fox O&O WOFL-TV has emptied its studio in preparation for a new set. Bob Frier, evening anchor at the Orlando station, tweeted out this picture of the now desolate studio:

As empty as its gonna get. New floor and new set about to move in! #fox35 pic.twitter.com/alLkpZP0CY

The new set installation will take a few weeks, with a likely debut during the May sweeps book, which begins in late April.