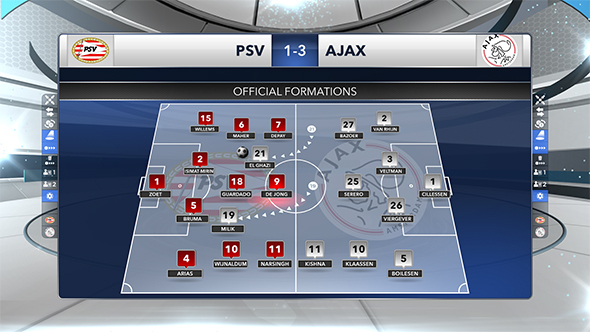 Reality Check Systems will spotlight the newest version of LaunchPad, it’s interactive touchscreen solution, at the 2015 NAB Show in Las Vegas. The release will be on display at NAB in Vizrt Booth #SL2417 from April 13-16 and includes new features designed to empower storytelling, boost fan engagement and expand compatibility with industry-standard tools.

Since announcing LaunchPad at the end 2014, weve seen great enthusiasm for the product, and were excited to showcase it for the first time publicly this year at NAB, said Jeff Heimbold, VP of Business Development, RCS. With feedback from LaunchPad customers, our team has been working on several new features that make LaunchPad even easier to use, while also helping networks and leagues take their soccer coverage to the next level, and bring fans a viewing experience unlike any other.