Set of the Year: Fan Vote now open for votes 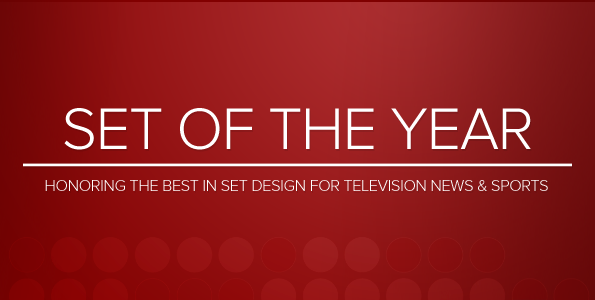 As part of the freshly revamped Set of the Year award, we’re incorporating a judging panel of television industry experts to decide who gets the honor of NewscastStudio Set of the Year in various categories (and takes home one of our custom designed trophies), but here’s your chance to influence the vote.

For the next few weeks, each of the finalists, listed below, will be pitted against each other in an elimination series of votes.

The panel’s picks for Set of the Year will be announced Monday, April 13, at the NAB Show in Las Vegas, with the Fan Vote winner coming Monday, April 27.

Here’s the schedule of voting (all times eastern):

Remember, the votes cast in the first round only will be combined with the judges’ scores and therefore influence the final winner of the overall Set of the Year contest.

To vote, simply complete the ballot below. Click the name of each project to view a gallery (the gallery will open in a new tab so you won’t lose your work):