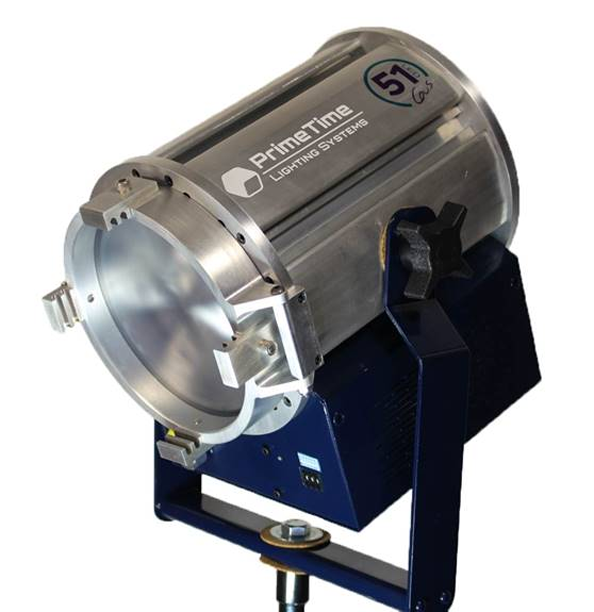 PrimeTime is introducing new features to its LED Fresnels.

The new GUS 51 LED Fresnel was built from the ground up with innovative engineering for broadcast and production studios, says a release issued by the company.

Glen Harn, PrimeTime’s CEO explained in the statement, “At 58 watts, we’re as bright, or brighter than many of our competitor’s LED Fresnels that draw 95, 110 or even 150 watts. What makes us so much more efficient is better engineering, better design and better materials. We didn’t just push an LED cluster into incandescent optics and technology; we started from scratch to re-invent the Fresnel as an LED instrument. As far as build quality, where other LED manufacturers use stamped steel; PrimeTime uses extruded aluminum. Where others use plastic or fiberglass molded parts; we use machined aluminum.”

Other features of the GUS 51 LED Fresnel:

The GUS 51 LED Fresnel produces a perfectly even wash of light from side-to-side and is adjustable from a tight 11-degree beam angle at full spot to a wide 80-degree field angle at full flood. According to the release Hern says “our advanced optics with high quality Micro-Fresnel lens systems result in the most even wash of light you’re likely to find in any LED fresnel, with less than 2.8% decrease in brightness from center to outer edge.”