Shaq crashes to the floor on ‘Inside the NBA’ set 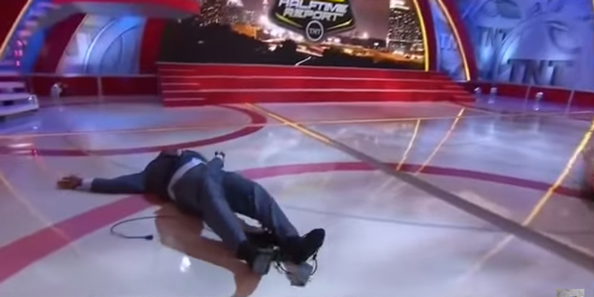 Well, here’s one occupational hazard of being a TV commentator — when those darn producers want you to get up and walk to another part of the studio but gravity has other things in mind.

Shaquille O’Neal, who serves as a commentator on TNT‘s “Inside the NBA” was apparently getting ready to do just that when he somehow tripped on something on the anchor desk riser and ended up sprawled on the floor of the studio.

Note to set designers creating sets for tall basketball players who are, apparently, rather top heavy: Avoid trip hazards and find a way to incorporate floor mats into your designs.

Inside the NBA, Shaquille O’Neal, TNT