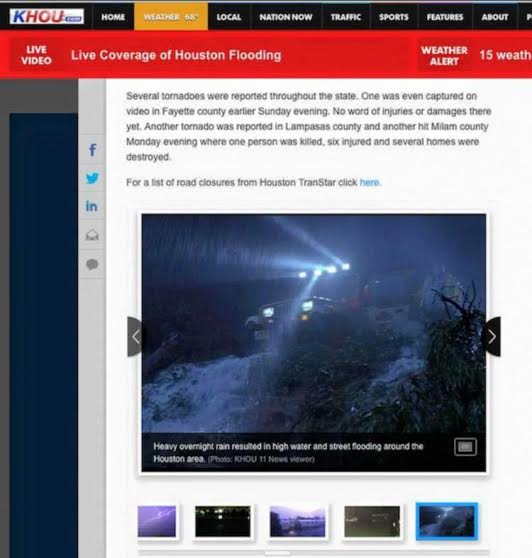 Houston CBS affiliate KHOU-TV posted a gallery of viewer photos of the city’s historic flooding but apparently got duped by someone playing a practical joke.

The image shown here, sent to us by a tipster, isn’t from Houston, but rather is from the 1993 flick “Jurassic Park.”

Look closely and you can see the Jurassic Park logo on the side of the vehicle and, standing next to it, is actor Wayne Knight as Dennis Nedry.

The scene is from a part of the film where Nedry, trying to escape with stolen dinosaur embryos, is caught in a torrential rainstorm.

The photo was credited to an unnamed “KHOU 11 News viewer.”