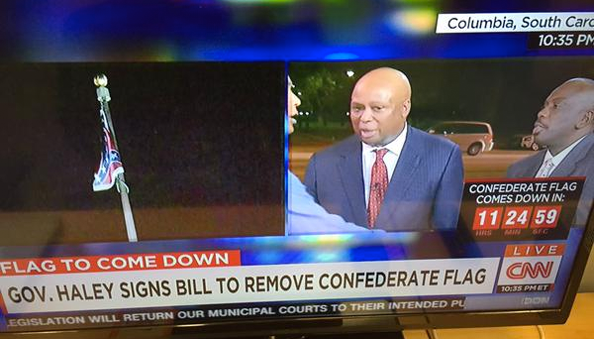 TV news has become increasingly fond of on-screen countdowns for everything from the new year to shuttle launches — but CNN is taking heat after using a countdown to the time when the Confederate flag would be removed from the South Carolina capitol.

The cable news channel included a clock in the lower right corner of its screen, just above its bug. It also relied heavily on a live shot of the flag atop the capitol — with it hanging limply most of the time.

Numerous users took to social media to criticize CNN for what they viewed as over-sensationalizing a serious moment for the state: