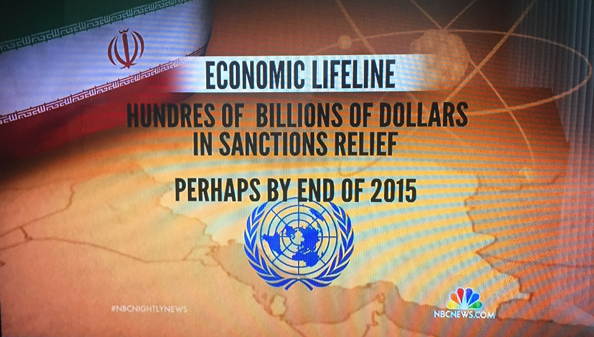 “NBC Nightly News” misspelled the word “hundreds” in a fullscreen graphic during its coverage of the Iran nuclear deal.

In breaking down the economic aspects of the agreement, the NBC‘s graphic said that “hundred of billions of dollars in sanctions relief — perhaps by the end of 2015” were part of the package — but NBC News‘ graphics team left out the second “D” in “hundreds.”