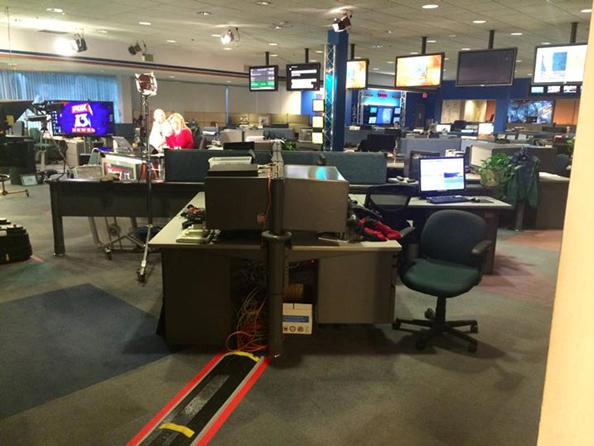 WTVT-TV, the Fox O&O in Tampa, Fla. is prepping a new set and has moved its newscast to a temporary set in the middle of the station’s newsroom.

Anchor Jennifer Epstein posted a photo of the setup to Facebook:

WTVT-TV had been using the O&O set design by Blyth Design since 2005.

Recently, two other Fox O&O’s also debuted new sets, including Fox Orlando and Fox Atlanta, which won NewscastStudio’s Set of the Year in 2014.